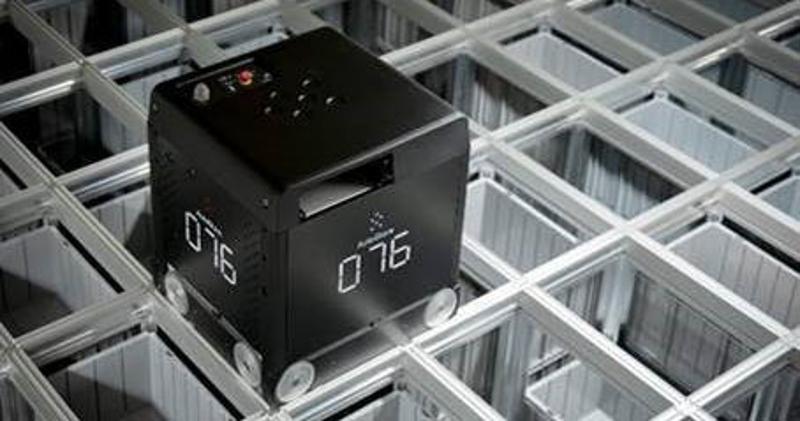 As robotic e-commerce fulfillment approaches widespread adoption in U.S. grocery, a dispute has broken out between two of the most prominent technology companies in the movement.

AutoStore, the Norwegian company that developed an eponymous grid-based storage and retrieval system now being deployed by the Texas retailer H-E-B among others, has sued Ocado Group and its affiliated entities, alleging that U.K.-based Ocado infringed upon patented technologies in developing a similar system now being developed worldwide for grocery retailers, including Kroger in the U.S.

Separate suits have been filed in the U.S. and the U.K., seeking monetary damages and an order barring Ocado from manufacturing, importing, using and selling technology that AutoStore alleges infringes upon five separate U.S. patents. The U.S. complaint seeks a jury trial and treble damages due to what it calls Ocado’s “deliberate and willful conduct.” 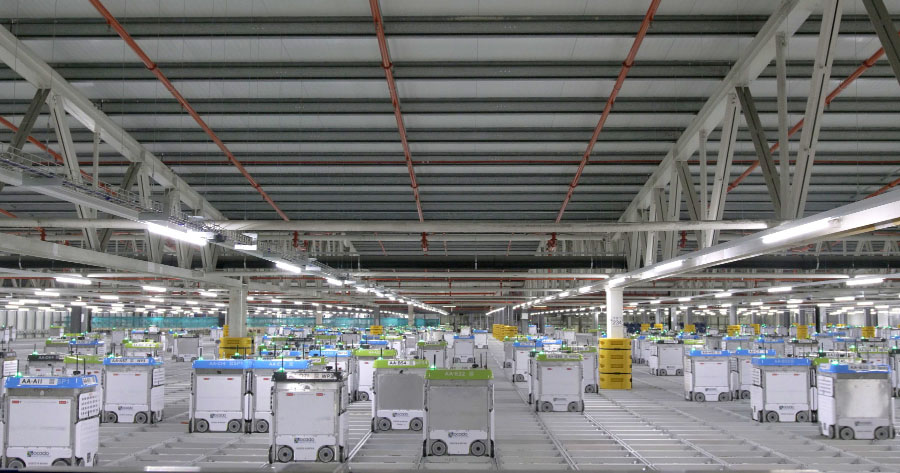 Ocado in a statement provided to WGB said it was not aware of any infringement and had not seen the suits, which were filed this week in U.S. District Court in the Eastern District of Virginia and in the High Court of England and Wales. Ocado said it was subsequently investigating whether Autostore has or intends to infringe its own patents. “We will always vigorously protect our intellectual property,” the statement said.

This is not the first tangle between the robotic inventors. A subsidiary of Ocado sued AutoStore in Norway in 2017 to dispute the inventorship of the respective systems’ cavity robot. AutoStore said a Norway jury and appellate court affirmed it was the “true inventor” of that technology.

A copy of the U.S. complaint obtained by WGB alleges that Ocado engaged companies to develop its system after having purchased an AutoStore system in 2012 for use in one of its U.K.sites, using AutoStore’s distributor Swisslog to manage the project. Ocado, the suit says, had previously approached AutoStore’s parent company to purchase one directly that year but was rejected.

Ocado was founded as an Internet grocer in 2000 but did not use a cube-and-grid retrieval system—which AutoStore calls an AS/RS (automated selection and retrieval system) until 2012, the suit says.

AutoStore was founded as a division of Norway’s Hatteland Group, an electronic parts distributor that developed the system internally in the 1990s as a solution for its own warehouse capacity issues. It subsequently marketed the solution as AutoStore and sold them through licensed resellers like Swisslog to a variety of warehouse and distribution operators in multiple industries. The suit credits Ingvar Hognaland, Hatteland’s technical director, with the “epiphany” of stacking items not like dominoes but like a Rubik’s Cube—the genesis of the system that utilizes robotic vehicles traveling on a cube-shaped grid, retrieving and delivering items from bins stored beneath them in the cube.

AutoStore, which has subsequently established U.S. headquarters in Derry, N.H., says the system is the most effective microfillment solution for grocery retailers, which today are trying to efficiently meet unprecedented consumer demand for e-commerce. Microfulfillment centers can be small enough to fit in retail store backrooms or dark stores, providing retailers a faster and more cost-effective solution to assemble incoming orders.

The suit alleges Ocado developed its own AS/RS, known as the Ocado Smart Platform (OSP), after acquiring the AutoStore system and training in 2012, violating five of its U.S. patents while doing so.

Ocado’s system was first utilized in its own warehouses supporting its online grocery business in the U.K. In 2014, Ocado announced that it would offer the OSP to other grocery retailers in a managed service model supported by Ocado Smart Solutions. That entity has crafted exclusive agreements with a variety of global food retailers including Sobeys in Canada and Kroger in the U.S.

Kroger and Ocado Solutions say they intend to open 20 U.S. facilities at a cost of approximately $55 million each. At least seven are currently under construction with the first units, in Ohio and Florida, expected to be operation early next year.