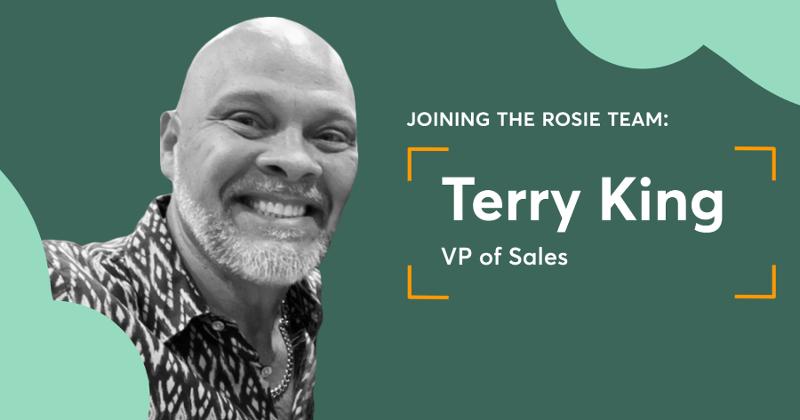 E-commerce platform Rosie said this week it has hired Terry King as the company’s new VP of sales. In his new role, King will be responsible for accelerating growth while focusing on multi-store independent grocers and strategic wholesaler partnerships, the company said in a statement. King will report to CEO Merrick Rosner.

“Terry’s engagement with and passion for independently owned local grocers is evident in his words, actions, and attitude,” said Rosner in a statement. “He has helped thousands of retailers in multiple countries bring their storefronts to life online. As Rosie continues to quickly expand and assemble the strongest team in grocery e-commerce, industry leaders like Terry will empower more independent retailers to come online with Rosie.”

Prior to joining Rosie, King worked for over six years at other e-commerce software companies in the grocery space in sales and business development leadership roles. His work extended to onsite engagement, onboarding support and training participation to make sure of a clear path to success for online shopping.

“I love the engagement of the independent grocers,” King said in a statement. “They are a cornerstone of their communities and have experienced prodigious change over the last decade. I find my work with them to be personally rewarding.”

A a grocery e-commerce veteran, King said that Rosie’s ability to get stores live, fast support seven days a week are clear differentiators in the grocery space.

“It’s thrilling to see the Rosie team bringing great mobile-friendly and merchandising-forward tech to their clients," he said. "For independent grocers, e-commerce is an essential digital extension of their brick and mortar. And I look forward to serving them while representing a firm that is committed to their future.”

Rosie is an online grocery platform geared toward local retailers and wholesalers. The company, which has nearly 300 retailers, completed a $10 million Series A funding round in early 2021, the company said in a statement.