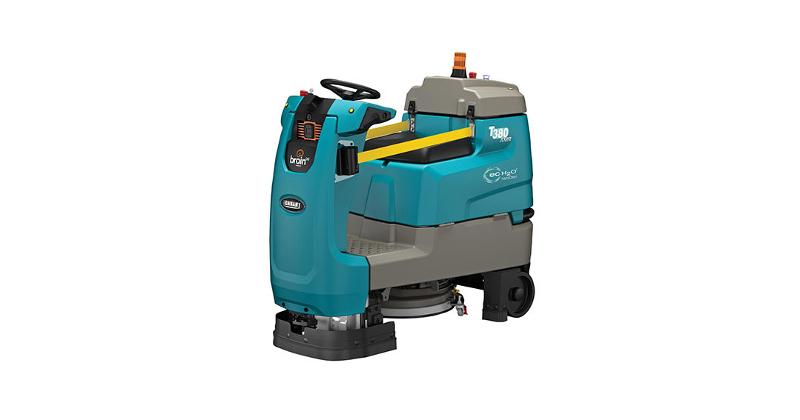 The St. Louis-based grocer is expected to have autonomous floor-scrubbing robots in more than half its 112 stores by the end of the year, according to a release this week from Brain Corp., the San Diego-based technology firm that outfits new and existing industrial cleaners to do the job autonomously. The Brain-assisted units will accompany a fleet of T380AMR floor cleaners from Tennant Co. in select Schnucks stores.

“These new robotic scrubbers will enhance cleaning performance while giving valuable time back to teammates so they can spend more time doing what is most important: serving our customers,” said Kim Anderson, senior director of store operations support for Schnucks. “Robotics and technology are important tools for helping us improve in-store experiences and achieve our customer-first values.”

Brain said the expansion at Schnucks coincides with a new software and reporting capabilities that it said would “revolutionize” the ease of which autonomous mobile robots can be used and managed at scale.

The software enhancements are designed to optimize usage of BrainOS-powered robots for different types of users—from a robot operator to management personnel—on a global basis, the company said. They also include powerful new software features for robotic scrubbers that deliver improved cleaning efficiency and flexibility for commercial locations.

The combination of new attention on sanitation—and efficiency enhancements to help retailers manage rising costs of competing in a digital age, each accelerated by the global pandemic—is expected to drive a rise in autonomous solutions to routine maintenance and operations in stores. Schnucks has emerged as an early industry advocate of such technologies as evidenced by a recent expansion in a separate deployment of inventory robots, which the company says saves employee labor and time in assuring in-stock conditions.

“Our goal is to make BrainOS-powered robots dead simple to use for any global audience and to help end customers better collect and leverage robotic data so they deliver better customer experiences,” said Jon Thomason, chief technology officer of Brain Corp. “This new release extends the value of our platform and sets the bar for what users should expect from their investment in autonomous robots.”

Brain’s new software release includes new features and functionality designed to make it easier to use and deploy, including a new “glanceable” user interface; enhanced routing capabilities allowing for up to six different routes to scheduled and executed; unified reporting providing easier view into operations impacts; reports in more available languages; and “reporting at scale” providing data from a single unit to a fleet.

Through manufacturing partners, Brain Corp operates more than 14,000 automated mobile robots, or AMRs, worldwide—which it says is the largest fleet of its kind operating in high-traffic commercial indoor locations. Applications include floor scrubbers, vacuums, delivery tugs and a new shelf analytics application that is being piloted in major retail locations.

On Oct. 19, Brain Corp will host a webinar with Schnucks executives entitled, “How Schnucks Uses Robotics & Innovation to Deliver Better Customer Experiences.” The webinar, which will also feature ABI Research, will be hosted by WGB.