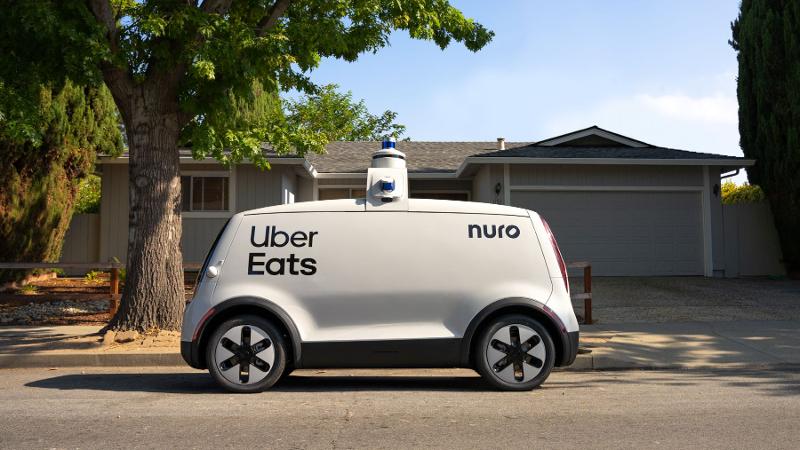 Uber Eats users in Houston and Mountain View, California, could soon have their groceries delivered by robot.

The third-party delivery company on Thursday announced a 10-year partnership with the autonomous vehicle company Nuro to use its person-free vehicles to make deliveries in the U.S.

The partnership will kick off this fall in Houston and Mountain View. Uber and Nuro will then expand the service to the greater Bay Area.

“Nuro and Uber share a vision in which technology can make everyday life just a little bit easier,” Noah Zych, global head of autonomous mobility and delivery at Uber, said in a statement. He said that Nuro’s vehicles are a match for the Uber platform.

For delivery providers, the interest in autonomous delivery vehicles is clear: Profitability for deliveries is difficult at best and even companies that use their own drivers have seen costs soar and found it hard to find drivers of late.

That has provided considerable incentive for companies to explore the use of autonomous delivery vehicles to do the job instead. Yet the technology is still in its infancy and much of the country’s transportation network is not set up for robots.

The partnership between Uber Eats and Nuro appears to be the most-extensive one yet involving a delivery company. Nuro operates fully autonomous vehicles in three states, including Arizona, and it received a permit from the California Department of Motor Vehicles.

The company argues that its technology can reduce emissions from gas-powered vehicle deliveries. Nuro works with a number of grocers, parcel companies, convenience stores and restaurants.

Its partnership with Uber Eats will give it access to a number of grocers, restaurants and other merchants. Uber works with 825,000 restaurant and retail companies in more than 11,000 cities around the world.