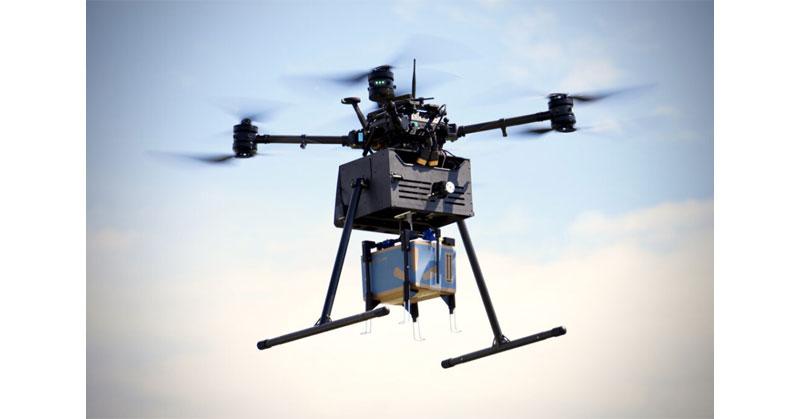 This week, Walmart revealed it has moved a step closer to realizing that goal: Three Walmart stores in Northwest Arkansas will soon be delivering eligible online orders via drone to customers' homes in as little as 30 minutes.

Walmart customers in Farmington, Ark., can try out the service for themselves now by placing a Walmart order at droneupdelivery.com. Drone deliveries from a Walmart Neighborhood Market in Rogers, Ark., and a Walmart Supercenter in the company's hometown of Bentonville, Ark., will begin in the coming months, according to a DroneUp news release. Drone delivery will be available seven days a week from 8 a.m. to 8 p.m.

Convenience, delivered 📦 We’re teaming up with @godroneup to make drone deliveries from multiple stores in Northwest Arkansas. The first Hub is already live in Farmington, AR, and gives customers access to products in as little as 30 minutes. Read more: https://t.co/xhsK8PKRggpic.twitter.com/XggKUoZEzv

"When we invested in DroneUp earlier this year, we envisioned a drone delivery operation that could be quickly executed and replicated across multiple stores," said Tom Ward, Walmart's SVP of last mile for the company's U.S. operations, in the release. "Opening our first hub within months of our initial concept showcases DroneUp's ability to safely execute drone delivery operations with speed." Initial feedback from early deliveries in Farmington has positive, Ward said.

DroneUp isn't Walmart's only partner in the skies, even in Arkansas: Last week, Walmart kicked off a trial of drone delivery in Pea Ridge, Ark., in collaboration with South San Francisco-based Zipline. Zipline's unmanned aerial vehicles—which the company first used to deliver medical supplies in hard-to-access areas—look more like model airplanes than DroneUp's more-conventional drones and rely on disposable parachutes to float deliveries safely to the ground. Walmart also last year announced it was working with Israel-based Flytrex on testing drone delivery in North Carolina.

It's an approach similar to the one Walmart is employing with driverless delivery as it seeks cost- and labor-efficient solutions for middle- and last-mile delivery: working with multiple partners across the country, selectively investing and testing out collaboratively developed offerings in different markets.

In Farmington, customers looking to test out the new offering from Walmart and DroneUp first must verify that their address is eligible for drone delivery; they then can select from "thousands" of items available for delivery via the service. Operators pack and secure customer orders, and a flight engineer "manages a controlled and guided delivery, placing the order gently at the customer's home," DroneUp states.

Benefits of delivery via drones include low costs for the machines themselves and the chance to reduce reliance on fossil-fuel-powered vehicles for short delivery trips, according to the companies. Tom Walker, CEO of DroneUp, said the new offering from Walmart represents "efficiencies no other retailer can match."

Privately held DroneUp was founded in 2016 by Walker, a former military officer and former White House adviser on emerging technologies. The company has worked closely and continuously with the FAA to ensure the safe operation of drones in the national airspace, DroneUp states on its website.