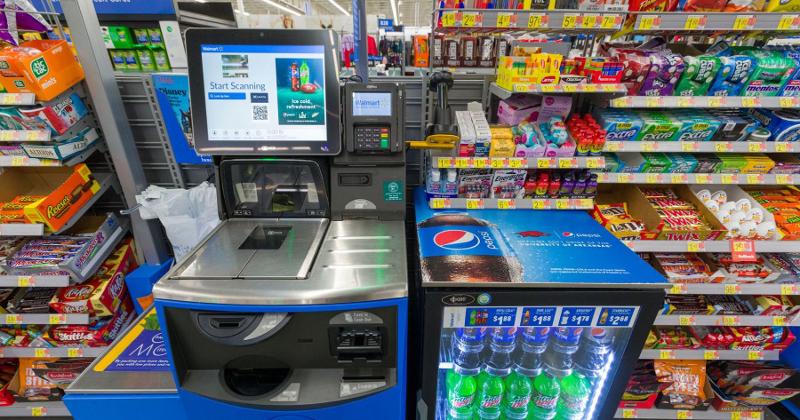 Walmart wants to be an advertising partner of choice to help big CPG brands get in front of the right audiences in the right place at the right time—and it's investing heavily in its media business to do so.

In a Jan. 28 news release, Walmart announced the rebrand of its fast-growing media business, now known as Walmart Connect (previously Walmart Media Group) and stated its intention to be one of the top 10 advertising platforms in the U.S.—territory that Google and perennial rival Amazon have long dominated.

How does Walmart plan to get there? The Bentonville, Ark.-based retailer is targeting an omnichannel strategy that relies in large part on its physical store dominance—in other words, getting eyes on screens in stores. Ninety percent of America shops at Walmart, the retailer claims, and Walmart's news release boasts that nearly 170,000 digital screens are in place across more than 4,500 stores. In-store aisles and at self-checkout stations, CPG vendors that pay for ad play could remind shoppers to pick up, say, soup ahead of an expected cold and snowy weekend, or soda ahead of a big game day for local fans.

"Many brand messages can be delivered with date, time and geographic specificity," Walmart noted in the release. "These advancements make Walmart Connect one of the largest in-store activations and digital out-of-home ad platforms in the country."

How big is the ad-buying business for Walmart? Last fiscal year, this part of the business "saw nearly double the amount of revenue and more than double the number of advertisers" from the year before, Walmart stated. It's all part of an omnichannel strategy to promise vendors access to insights from Walmart's treasure trove of customer data so brands can get in front of targeted customers at the right time.

"More and more, I hear from our merchants they're thinking of their business in terms of a customer strategy rather than a channel strategy," Walmart CEO Doug McMillon said in the company's third-quarter earnings call in November. "So the lines are blurring between e-commerce and stores, and it's all about serving the customer the way they want to be served."

In service of this goal, Walmart also in its news release announced a partnership with Ventura, Calif.-based advertising technology specialist The Trade Desk for a "first-of-its-kind demand-side platform for suppliers and their media and ad agencies." That platform is expected to launch in time for the 2021 holiday season.

The partnership, Walmart touted, will "combine the best-in-class technology and performance of The Trade Desk platform with the robust scale of Walmart shopping data, ultimately allowing advertisers to drive more effectiveness with their overall media spend."

Walmart sees its $98 a year Walmart+ membership program as a key component of its drive to supercharge its media business. "Walmart+ will nurture loyal customers and generate shopper data; expanding the company’s e-commerce marketplace will grow the number of sellers who benefit from Walmart Connect; and creating new ways of commercializing content will lead to more creative shoppable placements for items," the company said.