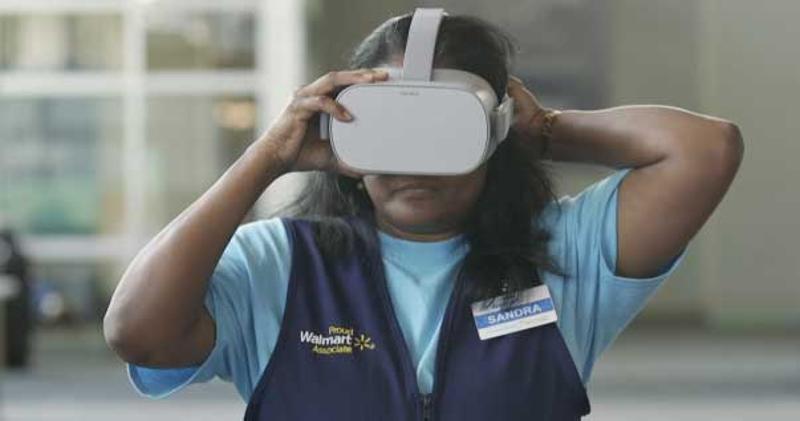 Walmart plans to train the majority of its employees using virtual reality headsets starting next month.

The retailer said the move comes after successful tests of the technology at Walmart Academies nationwide. It plans to send Oculus VR headsets to all stores in the U.S to be used by more than 1,000 of its associates.

Walmart will send four headsets to every supercenter and two units to every Neighborhood Market and discount store, with more than 17,000 units to be dispatched by the end of the year.

The headsets will be used to train associates in new technology and soft skills such as empathy and customer service, as well as compliance.

“When you watch a module through the headset, your brain feels like you actually experienced a situation," he said. "We’ve also seen that VR training boosts confidence and retention while improving test scores 10% to 15%—even those associates who simply watched others experience the training saw the same retention boosts.”

The approach is expected to be particularly helpful in teaching associates new technology. For example, in a pilot test at 10 stores this summer, VR training allowed associates to be trained in using pickup tower units before they were installed and without the need for hands-on training.

Associate Adrian Carthen used the VR training in the trial and said it "went beyond hands-on" and "felt like you were actually loading the tower."

"I could train any time that I wanted, and it was done in just a few minutes," she said.

Additionally, Walmart officials said the new training method boosts confidence because it allows associates to make mistakes and "learn by doing" within a safe environment.

“Walmart was one of the first companies to benefit from VR’s ability to enrich employee education, and its applications will only grow from here,” said Andy Mathis, Oculus’ head of business partnerships. “What makes it so compelling is that costly, difficult or otherwise-impossible scenarios and simulations become not only possible, but immediately within reach.”

This is not the only new technology being tested out by the retailer; this summer Walmart partnered with a robotics firm to deploy an Alphabot to automate the assembly of online grocery orders at a Supercenter in Salem, N.H, and is also flirting with the idea of self-driving cars.