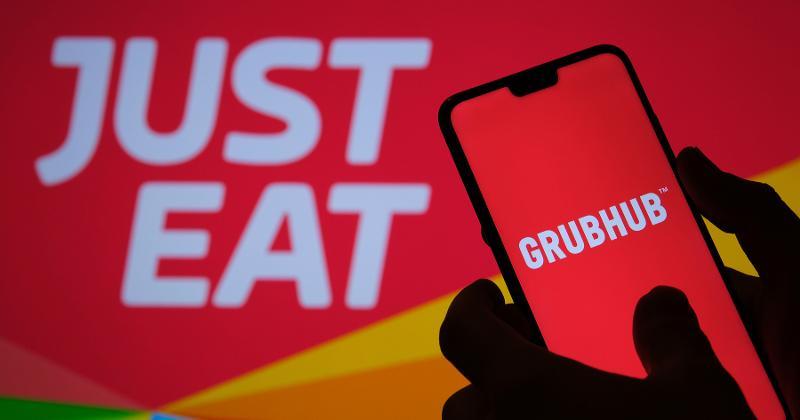 Less than a year after its acquisition by Just Eat Takeaway (JET), third-party delivery provider Grubhub could soon be on the market again.

Amsterdam-based JET said in a trading update on April 20 that it is “exploring the introduction of a strategic partner into and/or the partial or full sale” of the Chicago-based company.

JET CEO Jitse Groen said during a call with analysts that the company is in active discussions with another party about Grubhub.

“I'm not going to tell you, obviously, with whom,” he said, according to a transcript on financial services site Sentieo, but the conversations come as JET’s North American order volumes, which include Grubhub, shrunk 5% year over year in the first quarter. Gross transaction value also fell 5% on a constant currency basis.

Activist investor Cat Rock Capital has been urging JET to sell Grubhub since October, arguing that the acquisition has hurt JET’s value. JET acquired Grubhub in June 2021 for $7.3 billion, and its stock price has fallen nearly 70% since then.

A better move for JET, Cat Rock has asserted, would be to sell the delivery provider to an online grocery business such as Amazon, Walmart or Instacart to create a combined service that could compete with Uber Eats and DoorDash, allowing JET to focus on its European delivery business.

Back in February, Grubhub announced that it had joined forces with ghost grocery operator Buyk to launch 15-minute delivery of grocery orders placed through Grubhub's marketplace in New York and Chicago. (Rival DoorDash earlier in the month had debuted 30-minute grocery delivery in partnership with Albertsons.) But last month, citing the war in Ukraine and "subsequent restrictions in funding," Buyk—whose founders got their start in grocery delivery in Russia—shut down all operations.

JET, in a statement announcing the exploration of a Grubhub sale, said, “The management board confirms its alignment with shareholders in wanting to both create and realize value from the company’s highly attractive portfolio of assets.” The company noted that “there can be no certainty that any such strategic actions will be agreed [upon] or what the timing of such agreements will be.”

Once the largest delivery provider in the U.S., Grubhub has fallen behind its competitors in recent years. It lost a lot of ground during the pandemic in particular, as Uber Eats and DoorDash quickly evolved to offer more than just restaurant delivery.

Grubhub has said it has also been hurt by its outsized presence in big cities at a time when much of delivery’s growth was happening in the suburbs. It has also been more affected by delivery-fee caps in urban centers like New York and Chicago. Yet JET’s strategy since buying the company has been to double down on those strongholds.

“As we know, Grubhub has lost market share in parts of the U.S., which is something that we don't like,” Groen said. “We do see encouraging signals in city centers. … And we're also still working quite actively on trying to remove the fee caps in the U.S. I think that's all I can say about that.”

A version of this story originally appeared on WGB sister site Restaurant Business.