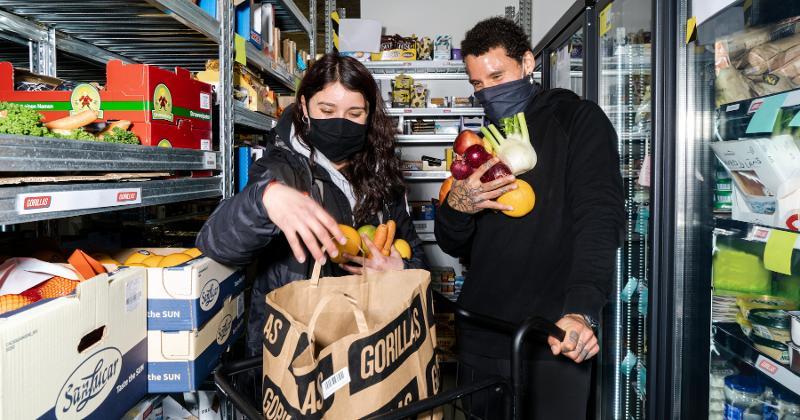 The company, founded in Berlin in June 2020, currently operates more than 180 dark-store warehouses in nine global markets—with 140 of those warehouses having opened in the past six months. Gorillas made its U.S. debut in Brooklyn in late May; the company's customers in New York and more than 50 other cities, including Amsterdam, London, Paris and Madrid, use the app to select from around 2,000 groceries and other essential items for 10-minute delivery that costs around $2.

In a news release, Gorillas said it will use its fresh funding to "double down" on its investments in operations, technology and marketing as it shifts into a development phase focused on "building a scalable and robust business infrastructure while accelerating future growth." Last month, Gorillas announced that former HelloFresh U.S. co-CEO Adrian Frenzel had joined the company as COO and and Jet.com vet Deena Fox had signed on as chief people officer. The company emphasizes that all of its delivery riders are Gorillas employees rather than gig workers.

While consumers in New York and in urban centers globally have seen a rapid rise in the number of "instant delivery" services they can choose from, even in the American heartland, grocery delivery is accelerating. Cincinnati-based Kroger's Kroger Delivery Now service, launched in partnership with Instacart in September, offers an assortment of 25,000 items for home delivery within 30 minutes with variable delivery fees, although Instacart Express members pay no delivery fee on orders over $35. The Giant Co., an Ahold Delhaize USA subsidiary, announced a similar partnership with Instacart offering 30-minute delivery with a $10 minimum and a $2.99 delivery fee.

See also: No Joke: How 'Instant Delivery' Can Change the Shopping Paradigm

Gorillas' latest funding round, led by Berlin's Delivery Hero, follows the closing in March of a $290 million (USD) Series B funding round. Sustainability-focused investment firm FoodLabs (formerly known as Atlantic Food Labs), also headquartered in Berlin, was among those deepening its investment in Gorillas in this most recent go-round; San Francisco-based venture-capital firm G Squared, which has backed Instacart and Impossible Foods, was among those signing on as a new investor.

"The size of today's funding round by an extraordinary investment consortium underscores the tremendous market potential that lies ahead of us," Gorillas founder and CEO Kağan Sümer said in the news release. "We have the best team in our sector, leading partners and financial resources to strengthen our market-leading position in Europe and beyond," he added.