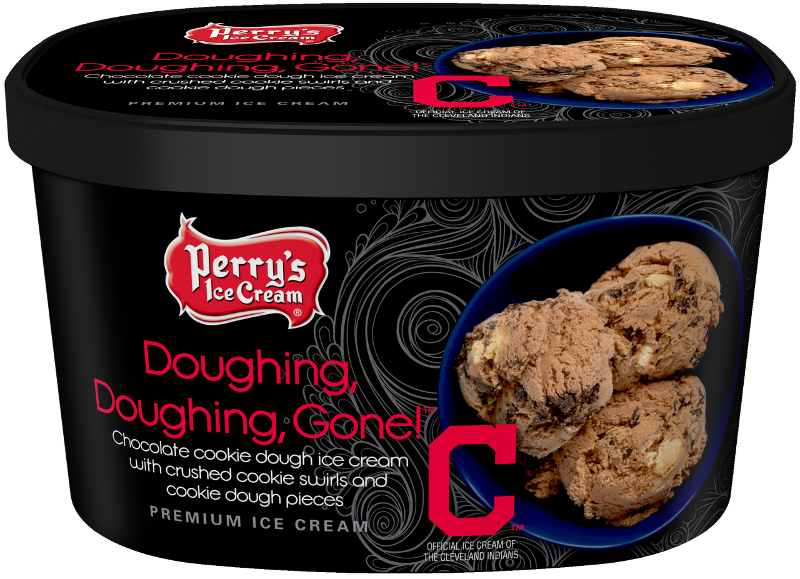 Baseball fans at Cleveland's Progressive Field—and shoppers at area Giant Eagle grocery stores—have a new chance to satisfy their sweet tooth and do so in support of a good cause this season. Perry's Ice Cream announced the debut of Doughing, Doughing, Gone, the company's newest ice-cream flavor, developed in partnership with MLB's Cleveland Indians. Five cents of every retail purchase of the flavor will be donated to Cleveland Indians Charities.

"As Perry’s continues to broaden our expansion in Ohio, this is an exciting opportunity for us to bring Tribe fans their first, very own ice cream flavor," Perry's Ice Cream President and CEO Robert Denning said in the release.