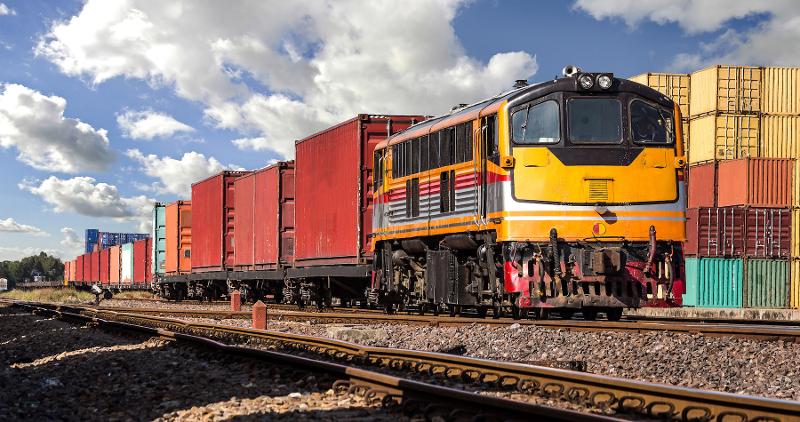 A rail strike would hamper the economy and the food industry’s ability to operate as efficiently as possible to meet consumer demand, FMI said. / Photo: Shutterstock

Food, grocery and retail associations are among 400 industry groups calling on Congress to intervene to prevent a national railway strike that could disrupt the U.S. supply chain and cripple the economy.

Major rail freight carriers and railroad worker unions are still negotiating, but a Dec. 9 strike deadline is nearing, according to published reports. A tentative contract agreement was reached in September, but four of the 12 unions voted against the pact, citing lack of paid sick time and overly strict attendance policies. The unions represent more than 115,000 rail workers, and if one union acts on a strike, a work stoppage likely would result and freeze the rail system as the rest of the unions move in solidarity, reports said.

Congress took its first step toward preventing a potentially devastating strike on Wednesday. The House approved a bill in a 290-137 vote to impose the tentative contract between the unions and railroads to head off a possible strike. By mid-day Wednesday, a separate vote on paid sick leave was pending. Next, the legislation goes to the Senate.

“A potential rail strike would have significant ramifications for our economy as well as the food industry’s ability to operate as efficiently as possible to meet consumer demand. As we are in the midst of the busy holiday season, American consumers and businesses cannot afford to have our economy shut down,” Jennifer Hatcher, chief public policy officer at FMI-The Food Industry Association, said in a statement Tuesday.

FMI was one of 400 trade groups, led by the U.S. Chamber of Commerce, that signed a letter Monday urging congressional leaders to push the House and Senate to enact legislation to implement the September labor agreement immediately and avoid a shutdown, especially with the nation now in the critical holiday sales season. 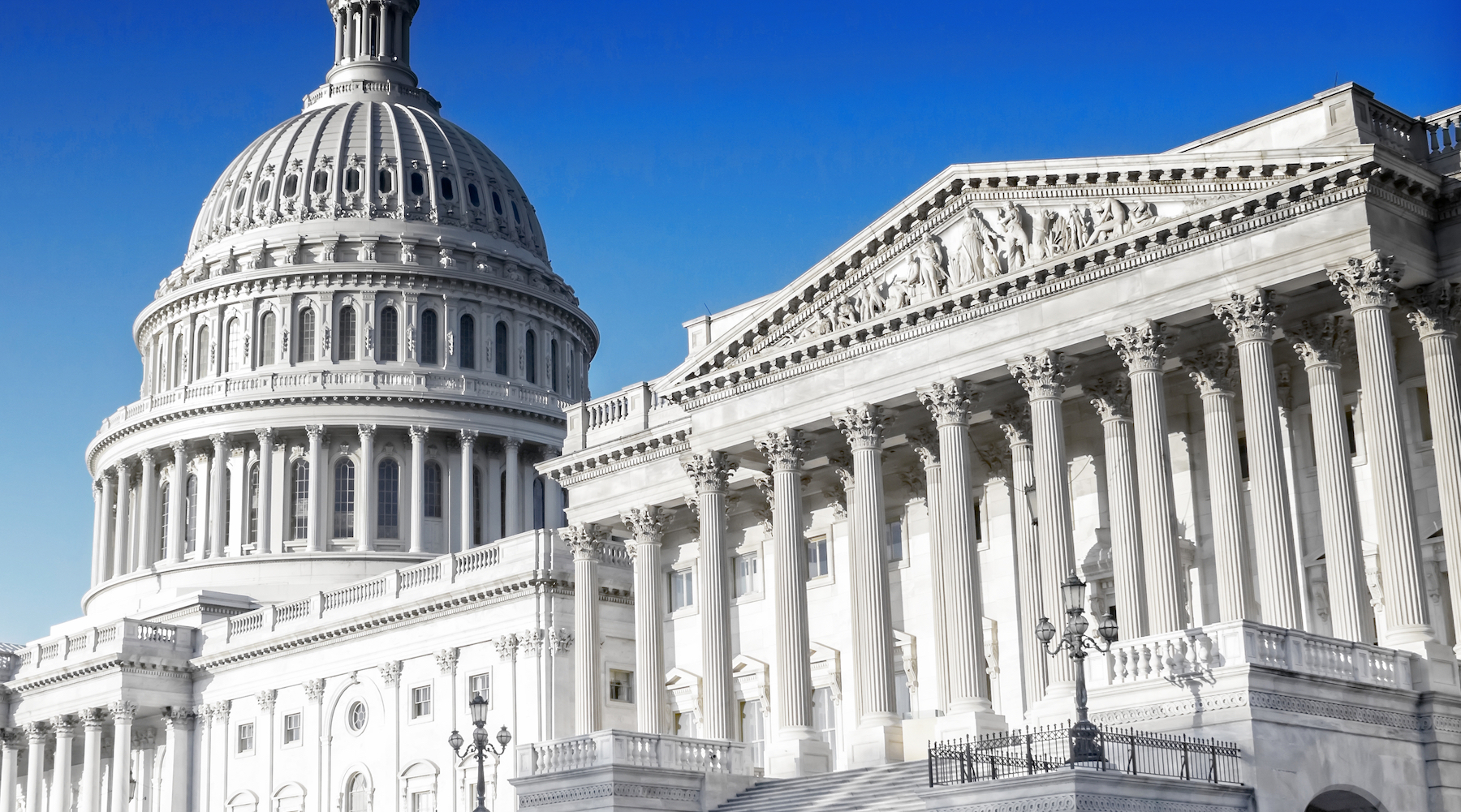 The House on Wednesday passed legislation that would implement the tentative pact between the railroads and unions. The bill now goes to the Senate. / Photo: Shutterstock

“Freight rail networks play a critical role in our nation’s food and consumer goods supply chain, transporting raw materials to manufacturing and processing plants that ultimately produce many of the goods sold on grocery store shelves,” Hatcher explained. “As we head into the busiest shopping season of the year, Congress must act now to keep our railroads operational. We are encouraged that leaders in the House and Senate have signaled their commitment to passing legislation to avert a rail strike, and we strongly urge lawmakers in both chambers to swiftly approve the bill in bipartisan fashion.”

The National Retail Federation (NRF) noted that when the cooling off period between the rail carriers and workers expires at the end of Dec. 8, railroads will start suspending operations ahead of a labor strike. According to a report from the Association of American Railroads, a nationwide rail shutdown could halt nearly 7,000 freight trains and cost more than $2 billion a day.

“Millions of Americans depend on smooth and stable rail operations to safely transport consumer goods, food and other essential items,” commented NRF President and CEO Matthew Shay. “A rail strike, coupled with historically high levels of inflation, could wreak financial havoc and inflict catastrophic harm to American businesses, workers, consumers and the U.S. economy. We are in peak holiday shopping season, and it is essential that retailers and other businesses are able to rely on these vital supply chain partners.”

During the ratification votes, the labor, agriculture and transportation secretaries “have been in regular touch” with labor leaders and management and think there currently is no path to resolve the dispute, according to the president.

“Let me be clear: A rail shutdown would devastate our economy. Without freight rail, many U.S. industries would shut down. My economic advisors report that as many as 765,000 Americans—many union workers themselves—could be put out of work in the first two weeks alone. Communities could lose access to chemicals necessary to ensure clean drinking water. Farms and ranches across the country could be unable to feed their livestock,” Biden stated. “As a proud pro-labor president, I am reluctant to override the ratification procedures and the views of those who voted against the agreement. But in this case—where the economic impact of a shutdown would hurt millions of other working people and families—I believe Congress must use its powers to adopt this deal.” 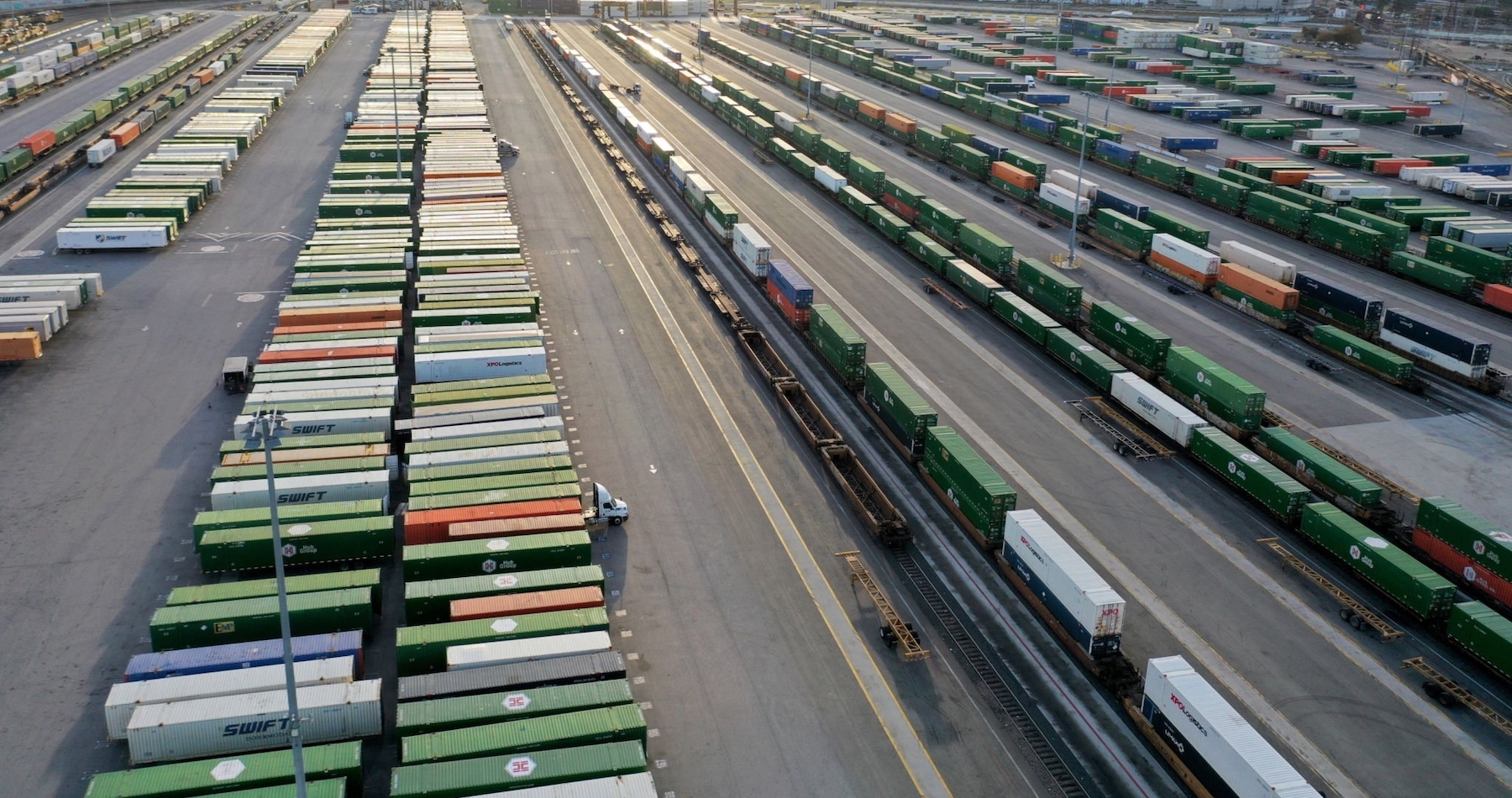 A national rail shutdown could suspend operation of nearly 7,000 freight trains and cost over $2 billion a day. / Photo: Shutterstock

The Retail Industry Leaders Association (RILA) said a resolution to the labor dispute doesn’t appear to be forthcoming currently and pointed out that the stakes are high for the country as a whole.

“While retailers already have inventories in place for the holiday season, the impact of a rail stoppage would instantly ripple throughout the nation’s supply chains. Consumers and the national economy will ultimately feel the pain, at a time when inflationary pressures are already running at an all-time high,” RILA President Brian Dodge said in a statement Tuesday. “After almost three years, negotiations have not resolved this dispute. Unlike most of the supply chain challenges retailers have faced over the last several years, the looming specter of a rail shutdown—and the related economic impacts—are entirely foreseeable and preventable. Congress should follow the president’s lead and act swiftly to protect the economy.”

The American Farm Bureau Federation (AFBF) stressed the importance of congressional action “well in advance of the Dec. 9 deadline,” to prevent damage to the nation’s economy and food supply chain.

“America’s economy is driven, in large part, on its rail system, which makes the smooth operation of the railroads crucial. Farmers not only rely on trains to transport food and feed, they also rely on rails to bring important supplies like fertilizer to the farm,” AFBF President Zippy Duvall said. “A shutdown or slowdown would have devastating consequences to our national and global food security.”

“A potential rail strike only adds to the headwinds facing the U.S. economy. A rail stoppage would immediately lead to supply shortages and higher prices. The cessation of Amtrak and commuter rail services would disrupt up to 7 million travelers a day. Many businesses would see their sales disrupted right in the middle of the critical holiday shopping season. Even a short-term rail strike would have enormous impacts. The American agricultural community could see disruptions in transporting 6,300 carloads of food and farm products that are carried by rail daily,” the coalition wrote in the letter.

“Congress has intervened 18 times since 1926 in labor negotiations that threaten interstate commerce, and there is no reason why Congress should deviate from this record today,” the letter continued. “While a voluntary agreement with the four holdout unions is the best outcome, the risks to America’s economy and communities simply make a national rail strike unacceptable. Therefore, absent a voluntary agreement, we call on you to take immediate steps to prevent a national rail strike and the certain economic destruction that would follow.”