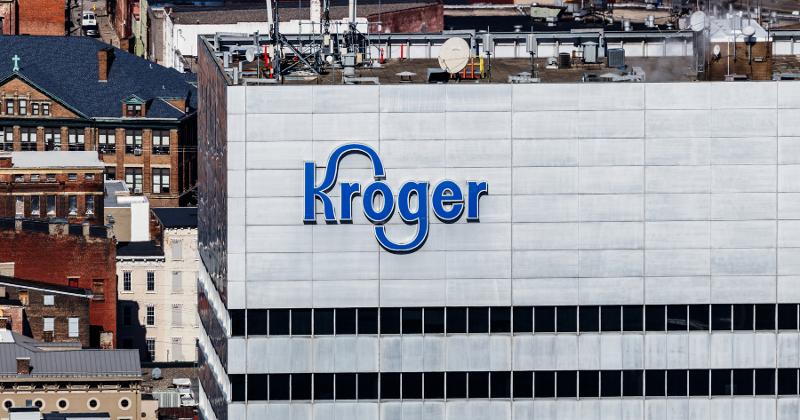 First it was McDonald’s; now it's Kroger. Billionaire activist investor Carl Icahn, who recently launched an effort to land two new candidates on McDonald's board of directors, now is doing the same with The Kroger Co.

Why? In part because of expressed concerns about animal welfare, according to a statement from Kroger. The Cincinnati-based grocer said March 29 that Icahn had notified the company of his intent to nominate two candidates, Alexis C. Fox and Margarita Paláu-Hernández, for election to Kroger's board of directors at the company's annual shareholders meeting. Fox, according to a LinkedIn profile, is founder and CEO of Boston-based Lighter, which provides plant-based meal planning and list-building support. Paláu-Hernández is founder and CEO of Hernández Ventures in Los Angeles.

Kroger said it had first heard from Icahn on March 25. "During this conversation, Mr. Icahn voiced his concerns regarding animal welfare and the use of gestation crates in pork production," Kroger said in response to Icahn's move. The company added: "The Kroger board and management team maintain regular communications with shareholders and other stakeholders on a range of matters, including those related to environmental, social and governance (ESG) matters, and welcome open engagement."

A date has not yet been set for the company's annual meeting, and no action is required from Kroger shareholders at this time, the company noted.

"As America's grocer, Kroger is committed to providing fresh, affordable food for everyone," the company stated. "Responsible sourcing throughout our supply chain is embedded in how we operate and is of the highest importance to our company. While Kroger is not directly involved in raising or the processing of any animals, we are committed to helping protect the welfare of animals in our supply chain. Kroger has an established Responsible Sourcing Framework to clearly define our policies, requirements and practices, including our Animal Welfare Policy, which articulates our expectation that all suppliers will have transitioned away from gestation crates by 2025."

Kroger added that its animal-welfare strategy and implementation is overseen by a multidisciplinary internal committee with representation from the company's Corporate Food Technology; Ethics and Compliance; Meat, Dairy and Egg Sourcing; and ESG teams.

"Kroger works closely with our key suppliers to understand animal welfare topics and make progress together toward our commitments" in addition to engaging with animal welfare groups such as the Humane Society of the United States," the company stated. Early last year, Kroger added, the company joined the Global Coalition for Animal Welfare (GCAW), "the world's first industry-led collaboration aimed at advancing animal welfare standards throughout the global food supply chain."

The Corporate Governance Committee of Kroger's board will review the proposed nominees in accordance with its governance policies and practices, and the board will present its formal recommendations in its preliminary proxy statement, Kroger noted.

Kroger isn't the only to grocer to see a board challenge this spring: Earlier this month, SpartanNash said that minority investors Macellum Advisors and Ancora Holdings Group had notified the company of a plan to nominate three independent directors for election to SpartanNash's board at the Grand Rapids, Mich.-based retailer and wholesaler's board.