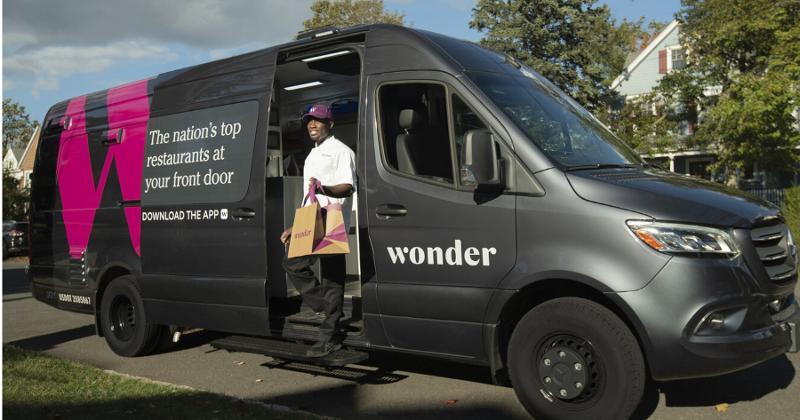 Wonder, founded last year, aims to offer customers a standout food-delivery experience both through partnerships with well-known chefs and delivery vans that double as kitchens, allowing food to be fired and finished steps from the customer's home.

Since its introduction late last year, Wonder has expanded to 22 towns in New Jersey and is available in more than 130,000 households, Lore wrote in a LinkedIn post this week. It has created 19 restaurant concepts with chefs such as Daisuke Nakazawa, Nancy Silverton and Bobby Flay.

The Series B funding round led by Bain Capital Ventures will allow Wonder to continue growing, according to the company. Wonder plans to enter more markets in the Tri-State area and launch 11 more restaurants for a total of 30 by this time next year, Lore wrote.

Lore, a 2018 WGBGrocery Game Changer, left his role as president and CEO of Walmart e-commerce in the U.S. in January 2021. Following his departure from the retail giant, Lore co-founded a number of tech startups, including "conversational commerce" venture Wizard and sports betting app Mojo. But Wonder was the one that truly captured his imagination, he wrote in a LinkedIn post in December. In that post, he declared that he was going "all-in" on the company as founder, chairman and CEO.

"Wonder has a real opportunity to not only completely change how people eat, but also to create a better future with access to the world’s best food in a convenient, affordable, and sustainable way," Lore wrote this week.

Customers can use the Wonder app to order food on-demand from its various brands, which range from high-end options like Bobby Flay Steak to more casual fare like taco-bar concept Taqueria del Dia. The meals are started in a commissary and transferred to a Wonder-branded delivery van, where a chef fires, finishes and plates it outside the customer's door. Wonder also offers delivery and pickup services to local restaurants through a platform called Envoy.

Wonder's model takes aim at some of the problems with food delivery, including food quality, which tends to decline in transit. "When our mobile restaurant comes to you, your fries are crispy, your pizza is melty, and your steak is juicy," Wonder's website reads.

It also claims to provide better food and service, with its exclusive, chef-driven menus and uniformed employees handling the deliveries rather than a third party.

A version of this story originally appeared on WGB sister site RestaurantBusinessOnline.com.