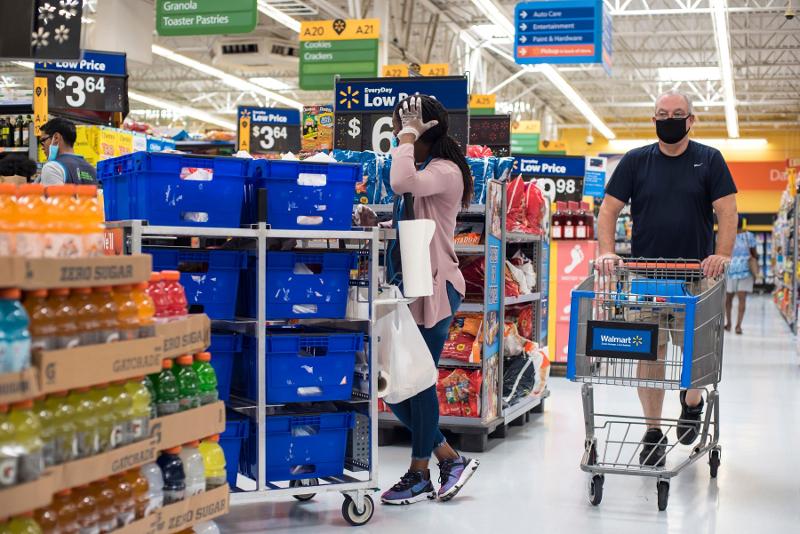 Shoplifting is increasing at Walmart and other retailers. / Photo: Shutterstock

“Theft is an issue,” McMillon said. “It’s higher than what it’s historically been.”

The comments made by the CEO of the country’s largest retailer echo those made by Target CEO Brian Cornell last month, who noted that the retailer has seen a “significant increase in organized retail crime across our business.”

Year-to-date inventory shrink has reduced Target’s gross margin by more than $400 million compared to last year, with an expected total loss of more than $600 million for the full year, executives said.

Across all retail brands, the average shrink rate in 2021 was 1.4%, according to the National Retail Federation’s (NRF) 2022 National Retail Security Survey. That represents $94.5 billion in total losses, up from $90.8 billion in 2020, the association found.

“This is an industrywide problem that is often driven by criminal networks, and we are collaborating with multiple stakeholders to find industrywide solutions,” Target CFO Michael Fiddelke told analysts.

Target, in a statement to WGB, said it was working with law enforcement, legislators, community partners and retail trade associations to address the “growing national problem” of retail theft.

The retailer said it is a strong supporter of the INFORM (Integrity, Notification and Fairness in Online Retail Marketplaces) Consumers Act that increases accountability and prevents people from selling stolen goods on online marketplaces.

At Walmart, the retailer has put safety measures in place on a store-by-store basis, a process that relies on proper staffing of local law enforcement, McMillon noted.

McMillon added that he would like to see firmer prosecution of shoplifters as well.

“If that’s not corrected over time, prices will be higher and/or stores will close,” he told CNBC. “It’s really city by city, location by location. It’s store managers working with local law enforcement. … It’s just policy consistency and clarity so we can make capital investments with some vision.”