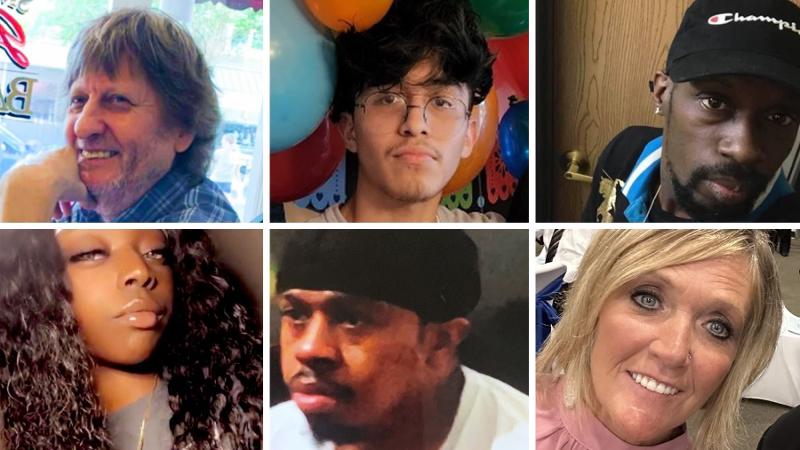 A 29-year Walmart veteran. A high school junior who’d recently started working in the front of the store. A Walmart custodian of 10 years who liked to joke with hits co-workers.

Those were just three of the six employees killed at a Chesapeake, Virginia, Walmart a week ago after an overnight manager opened fire in the store’s breakroom, according to new details released by the retailer Tuesday.

Four other Walmart employees were injured in the shooting and two others remain hospitalized. The gunman died of a self-inflicted gunshot wound.

Walmart on Tuesday said it is helping the families of the victims with funeral, travel and other expenses, and that it has established an in-person site for employees to talk with each other and with mental health counselors, in addition to virtual counseling.

The Walmart Foundation plans to donate $1 million to the United Way of South Hampton Roads’ Hope & Healing Fund to support those impacted by the shooting and the broader community, the company said.

“Nothing can replace these beautiful lives or heal the scars their loved ones have now suffered,” Walmart U.S. President and CEO John Furner said in a letter to employees. “Hundreds of associates, leaders and community members attended vigils in their honor the past two nights.”

Store #1841 remains closed “for the foreseeable future,” Furner said, adding that all store employees will continue being paid, regardless of planned schedules.

“We’ll work closely with the team to decide how and when we might remodel and reopen in a way that will help them move forward,” he said.

Walmart released the names and brief details about the shooting victims:

Randy Blevins had worked as an overnight stock associate for nearly three decades, never missing a day of work; Fernando “Jesus” Chavez-Barron, an 11th-grade honors student, recently started working at the Walmart to help his family; Lorenzo Gamble was a custodian at the store for 15 years who loved spending time with his two sons; Tyneka Johnson worked overnights at the store, loved dancing and dreamed of attending college soon; Brian Pendleton, a custodian of 10 years, always arrived early to his shifts and liked to joke with his coworkers; and overnight associate Kellie Pyle, who leaves behind two children, a granddaughter and a fiancé, had recently moved to the area to marry.

“Thank you so much for supporting each other during this unthinkable time,” Furner said in his letter to employees. “Most of all, we extend our deepest condolences and support to those who lost a loved one last Tuesday. We’re so sorry, and we’re here for you.”