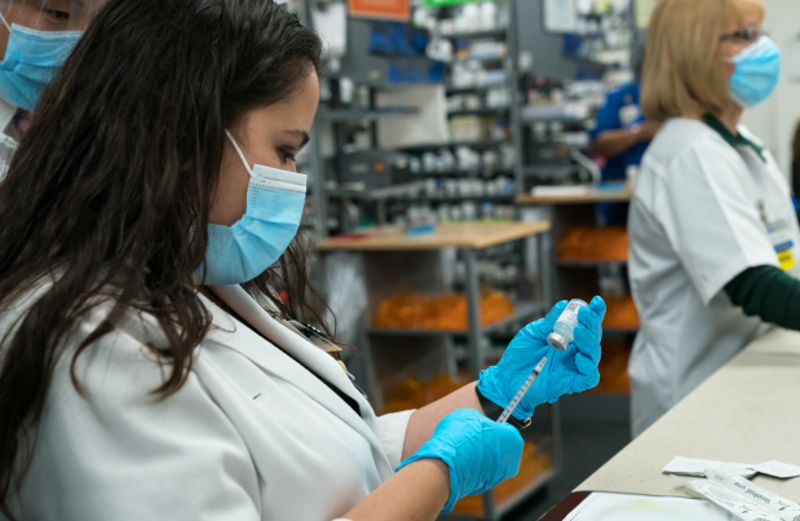 Walmart Inc. is boosting pay for its more than 36,000 Walmart and Sam's Club pharmacy technicians—to an average hourly wage of more than $20 an hour—in the company's latest effort to emphasize that it is "serious about attracting top talent."

It's the second pay bump for Walmart and Sam's Club pharmacy techs in the past year, after the country's biggest retailer raised wages for pharmacy technicians last August. In addition to this week's across-the-board pay increase, Walmart Inc. said it's instituting a progressive wage model that aims to add consistency, predictability and transparency to the raise schedule for new hires.

Pharmacy technicians will get raises every six months in their first two years with the company, Walmart announced. Over the course of four years, pharmacy techs can see their pay increase by as much as $4 an hour over their starting rate.

According to the Bureau of Labor Statistics, the median hourly wage for pharmacy technicians—a role that may require only a high school diploma at the entry level—was $17.66 in May 2021 (the most recent time for which data are available). Average hourly earnings for private-sector nonfarm employees had increased 5.2% year over year as of May 2022, the BLS noted in its May jobs report, which would put average pharmacy tech pay closer to $18.57 this year.

Walmart's new wage model is "designed to set us apart from the competition," two Walmart and Sam's Club health and wellness SVPs stated in a blog post, adding that the company believes it is "among the first large retailers to incorporate this kind of model—an approach that's commonly seen in health care systems."

Walmart noted that it pays 100% of employee costs for pharmacy technician certification, including on-the-job training, test preparation and the certification exam fee.

The company's action on pharmacy tech pay comes after other major bids since last summer to catch prospective talent's eye and encourage current employees across a range of roles to build their career with Walmart. The retailer last month introduced a management-training initiative, College2Career, designed to be a path to the newly created role of "emerging coach," with a salary of at least $65,000 a year, and eventually to store manager, which boast an average pay north of $200,000 per year.

Additionally, in April, the retailer announced that it had started training supply-chain associates to be commercial truck drivers for the Walmart Private Fleet and that new drivers could earn as much as $110,000 in their first year with the company. It was also almost one year ago that Walmart announced that it would start covering 100% of college tuition and books for associates, removing the $1 per day fee to participate in its tuition assistance program.