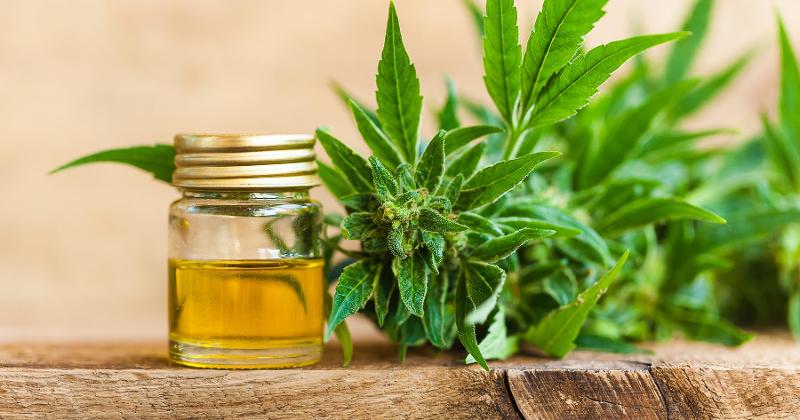 “At a time when farm income is down and growers are struggling, industrial hemp is a bright spot of agriculture’s future,” McConnell said last December. “My provision in the Farm Bill will not only legalize domestic hemp, but it will also allow state departments of agriculture to be responsible for its oversight.”

“There’s hemp all over America right now,” he said. “It’s all imported. There’s no reason why American farmers shouldn’t be able to grow this crop.”

While the U.S. Department of Agriculture is fast-tracking rules that would allow farmers to do just that, the U.S. Food and Drug Administration (FDA) is pumping the brakes on the hottest hemp products on the market today: cannabidiol, more commonly known as CBD.

The Farm Bill indeed legalized and removed hemp from the Controlled Substances Act, but it maintained the FDA’s authority over hemp that is marketed as drugs, nutritional supplements or being added to food and beverages. The agency held its first hearing on cannabis products on May 31. It has assembled a “working group” to examine pathways for CBD and hemp products to enter the market and is accepting public comments on the matter through July 2.

Though acting FDA Commissioner Ned Sharpless warned that developing the regulatory framework for these pathways will take years, statements by Sharpless and others strongly indicate that the agency may not be envisioning the same hemp-filled future as McConnell.

One major takeaway from the FDA’s public hearing: The agency very much views CBD as a drug.

Time and time again, FDA officials have said that because a CBD-based epilepsy drug—Epidiolex—has been approved by the agency, CBD should be treated as a drug.

“There are important reasons to generally prohibit putting drugs in the food supply,” Sharpless said during his opening remarks at the May 31 hearing. “THC (tetrahydrocannabinol) and CBD are no exception.”

“Under current law, CBD cannot lawfully be added to a food or marketed as a dietary supplement,” he continued. “Although the law says that FDA can issue regulations to create new exceptions to these statutory provisions, the FDA has never issued a regulation like that for any substance.”

Sharpless gave no indication that the FDA would consider this option.

This presents two major problems to the growth of the hemp industry in the United States.

First, limiting CBD to the drug pathway would greatly restrict the market. The FDA drug pathway is a timely and expensive one: Epidiolex, for example, required 20 years of research before it was approved.

Second, limiting CBD to the drug pathway would potentially restrict the majority of hemp products to that pathway. CBD is just one of hundreds of naturally-occurring compounds known as cannabinoids found in the hemp plant—but it’s the second-most common cannabinoid found in the entire cannabis family. Labeling CBD as a drug effectively labels hemp as a drug.

It doesn’t seem like that is the market McConnell had in mind last December when he said “this could be big. I don’t want to overstate this. We all know how important tobacco was to Kentucky a few years ago, but there’s excitement about hemp.”

There is another option if Congress wants a different pathway for CBD and hemp products, pointed out by former FDA Commissioner Scott Gottlieb.

“I think the most efficient way to get to a pathway would be through legislation, probably that would just be legislation that would specifically address CBD,” Gottlieb said during a Brookings Institution event in March.

Gottlieb encouraged this as a faster option to the traditional FDA rulemaking process. However, it’s becoming more and more apparent that Congress needs to step in, not just to expedite the rulemaking process, but to ensure CBD and hemp products do not become exclusive to drug manufacturers.