With health and wellness trends showing no signs of abating, it’s safe to assume the days of sugary, empty-calorie beverages have been canned. Consumers are increasingly informed about ingredients and nutrition, and ever more mindful about the foods and drinks they put into their bodies. As such, functional fare is the “it” health trend today, according to Chicago-based market research firm Technomic, with shoppers particularly seeking products that offer natural enhancements, or ingredients that enrich something in the body, from energy to gut health to improved sleep. Retailers are shuffling their shelves to make way for new innovations as manufacturers rethink their formulations to bring countless better-for-you beverages to market. Herewith, WGB breaks down four top-trending drinks for which shoppers are poised to drink up in 2019. 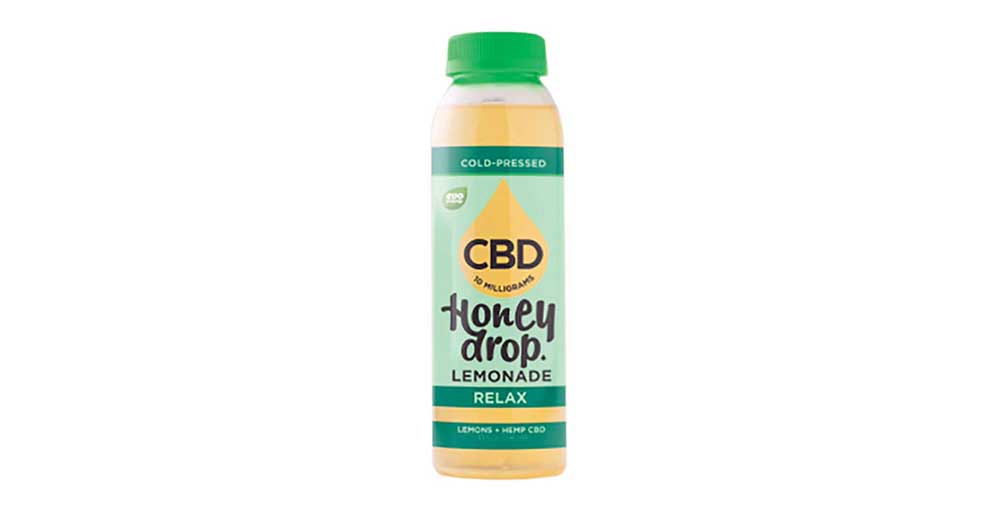 If there’s one thing that’s certain, 2019 is the year cannabidiol (CBD) goes mainstream. CBD is the nonpsychoactive chemical compound found in hemp or marijuana plants and has been linked to a number of physical and mental health benefits, including relieving pain and inflammation as well as reducing the symptoms of anxiety and depression. According to a recent report by cannabis and CBD market research firm Brightfield Group, also based in Chicago, the CBD industry nearly doubled from 2017 to 2018 and is expected to become a nearly $22 billion market over the next five years. With manufacturers hopes of cashing in on consumers’ health and wellness interests, the last year saw countless CBD beverages flood the market, with even Heineken USA and the Coca-Cola Co. expressing interest in cannabis-enhanced drinks. For instance, Honeydrop Beverages recently partnered with Evo Hemp to launch a line of Honeydrop Cold-Pressed CBD Lemonades, featuring 20 milligrams of U.S.-grown CBD and a teaspoon of raw honey, available in matcha, lemon and turmeric flavors. 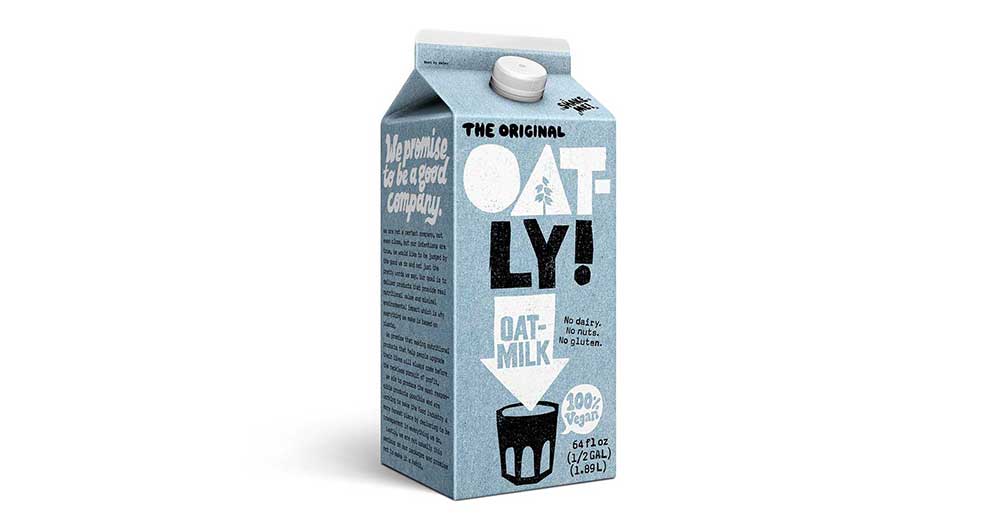 A foreboding sign for the dairy industry, plant-based milk alternatives have proven to be more than a just fleeting fad. Vegans, vegetarians and conventional consumers alike are going nuts for the category, drawn to the variety in taste, exceptional nutritional value and reduced environmental impact compared to their dairy counterparts. Yet while almond milk and coconut milk were once in the spotlight, the year ahead is deemed to be oat milk’s time to shine. With high amounts of functional protein, dietary fiber, and unsaturated fatty acids, oat milk offers an abundance of nutrients and serves as a popular accompaniment to coffee and cereal. As such, retailers are increasingly making way in their dairy aisles to stock up on growing oat milk brands like Oatly, a Swedish company that made its first splash in the U.S. just two years ago with retail partners like FreshDirect and Wegmans. The company offers oat milk varieties in Original, Low-Fat and Chocolate Oatmilk varieties, with plans to launch its full international lineup stateside soon. 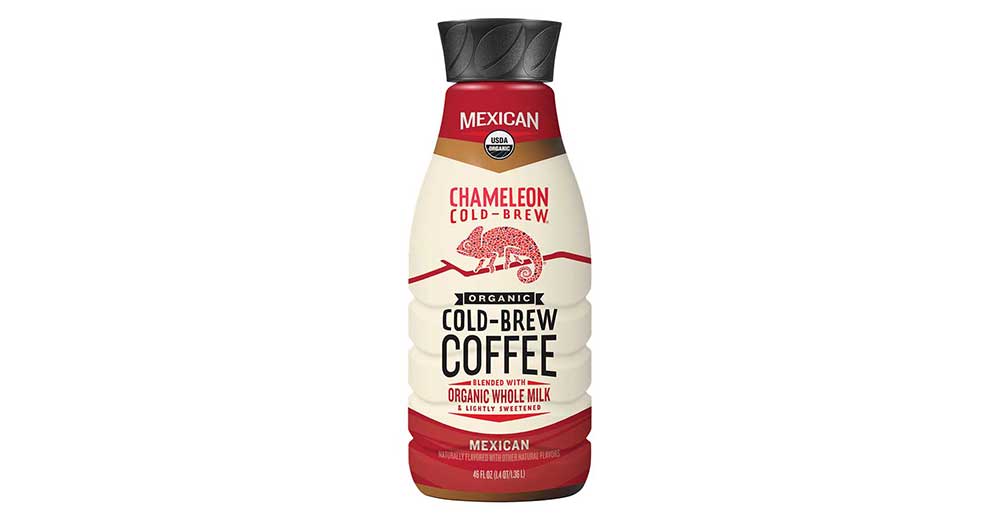 Regardless of the growing variety of energizing beverages that come to market, coffee and tea still reign supreme. But with consumers’ chaotic, on-the-go lifestyles, taking time to freshly brew a cup of coffee or pot of tea isn’t always feasible. To keep up with demands for convenience, coffee and tea makers are introducing innovative formats to satisfy shoppers’ caffeine fix without the hassle. Ready-to-drink varieties with healthy doses of caffeine are poised for growth, according to beverage developer Imbibe Inc., appealing to consumers as a convenient format to absorb functional ingredients for an energy boost. For instance, La Colombe’s ready-to-drink beverages grew 130% over the last three years, according to the company, which offers its canned Draft Latte in several flavors and seasonal varieties. And Chameleon Cold Brew, another brewing brand, offers portable, resealable coffee beverages in black, espresso, Mexican, vanilla and mocha varieties, with retail partners like Harris Teeter, Hy-Vee and Publix Super Markets, Chameleon Cold Brew. 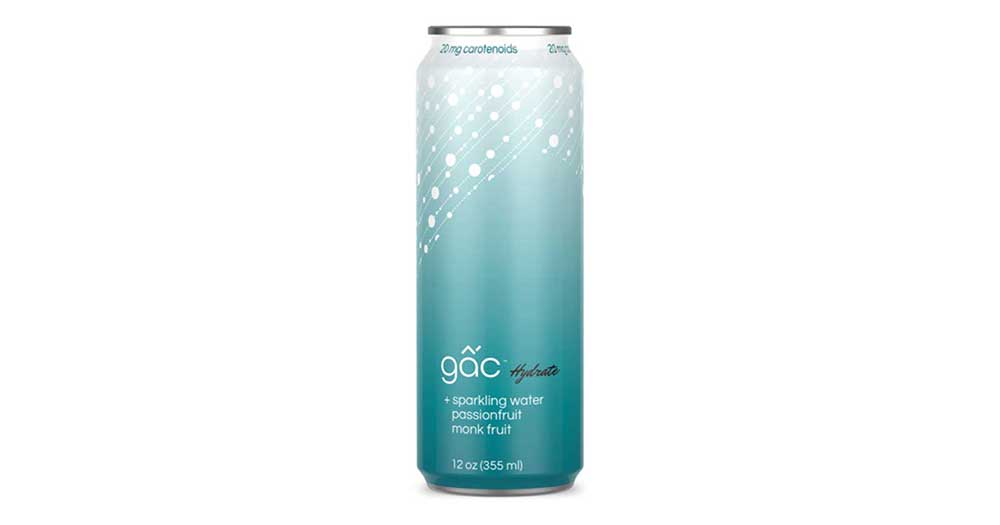 Not long ago, sparkling water emerged as a sensory-thrilling and flavorful alternative to its still counterpart. And though the category remains popular and continues to grow today, consumers are seeking more from their fizzy refreshments. Sparkling water manufacturers are now cramming more than just carbonation into their beverages, providing natural health and wellness boosts through functional ingredients. GacLife, for instance, recently launched its latest line, Gac Hydrate Sparkling Water in Passionfruit. The beverage is infused with gac fruit, which delivers potent phytonutrients, including highly concentrated and bioavailable carotenoids that provide powerful antioxidants, according to the company. Similarly, Sipp Sparkling Organics in December reinvented its staple product, Sipp Sparkling to offer better-for-you elements such as fewer calories and sugar, as well as introduced its new Sipp Infusions, which are crafted with clean, USDA-certified organic ingredients. In addition to sparkling water, kombucha continues to win shoppers’ favor for its high probiotic content. Health-Ade Kombucha is certified USDA organic, certified vegan and non-GMO project verified, plus it contains cold-pressed juice from nutrient-rich organic produce.