Walmart has named Cheryl Pegus, a cardiologist and previously Walgreens' first chief medical officer, as EVP of health and wellness. Pegus will report to Walmart U.S. CEO John Furner and is slated to begin her role Dec. 21. 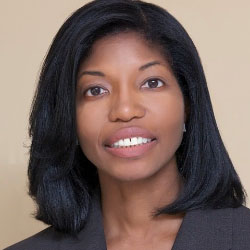 She takes on Walmart's top health and wellness role following the departure in August of Sean Slovenski, who held the title of SVP and president of health and wellness and who has since joined testing startup BioIQ as CEO. Praising Pegus as an "exceptional leader," Furner stated in a news release that Pegus's addition to the company will help Walmart "deliver care of the highest quality that people can receive at the right time, regardless of insurance coverage."

A member of the American Heart Association board and the immediate past board chair of the Association of Black Cardiologists, Pegus also co-founded A New Beat, an organization that aims to support women and underrepresented minority groups in the cardiology field.

In her new role at Walmart, Pegus will help develop the company's "bold healthcare vision, leading health and wellness across the Walmart enterprise," according to the news release. That enterprise includes more than 4,700 Walmart pharmacies and a dozen Walmart Health centers in Georgia, Arkansas and Illinois.

In July, the company announced plans to expand its growing Walmart Health business into Florida—home to the second-highest number of Walmart stores in the country—with a focus first on the Jacksonville area.

Transparent pricing for all customers regardless of insurance coverage is one of the main value propositions for Walmart Health; prices for services at each Walmart Health center location are available on the Walmart Health website. In the Austin neighborhood on Chicago's West Side, for example, the Walmart Health location in a recently reopened Walmart Supercenter offers chronic care management visits for $60 and youth annual checkups for $36.

Walmart faces rising competition from perennial rival Amazon in the healthcare space; the latter e-commerce giant in November announced the launch of Amazon Pharmacy, promising up to 80% off the regular price of generic medications for customers paying without insurance.