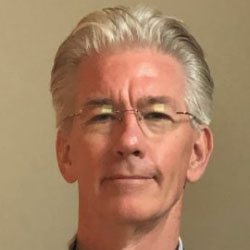 Palmer, who is coming out of a brief retirement after 33 years of experience with C&S including a role as executive vice president and chief procurement officer, succeeds Mike Duffy, who has served as CEO since the beginning of 2018. 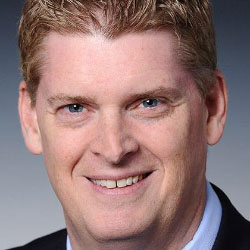 The privately-held, Keene, N.H.-based wholesaler issued a brief statement on the changing on the guard, acknowledging some urgency to make changes and adapt.

“C&S has been a leader in the rapidly changing grocery industry for over 102 years. We will continue to drive innovation and adapt to the dynamic market conditions to better serve and support our customers,” Rick Cohen, its chairman and Duffy’s predecessor, said in a statement. “These unique times have required us to refocus our efforts and priorities.”

C&S serves more than 7,700 independents, chain stores and military businesses, growing into one of the country’s largest food wholesalers, but has encountered numerous recent setbacks.

C&S was widely believed to be the runner-up to winner United Natural Foods Inc. in a hotly contested bidding war to acquire rival Supervalu when that chain went up for sale in 2018. It subsequently lost a multibillion client when Ahold Delhaize USA announced plans to self-distribute to its legacy Ahold USA chains including Stop & Shop and Giant, and most recently saw the Key Food Stores Cooperative—a $3 billion collection of New York area independent supermarkets—announce plans to depart C&S for a new 10-year primary supply agreement with UNFI, and Amazon sign on with another wholesale rival, SpartanNash.

The Ahold Delhaize departure—which accounted for nearly $11 billion in annual wholesale business, or more than 40% of C&S’ total revenues—came with an agreement for the retailer to acquire three distribution facilities from C&S for $271 million, and an agreement for C&S to manage third-party labor at those facilities as they transition to Ahold’s control. The sales to Ahold were expected to wind down gradually until 2024.

Moody’s Investors Service in a credit update earlier this year said it expected C&S would invest the proceeds of the Ahold sale to reduce debt or to invest back for acquisitions, “as C&S could be compelled to grow top line through debt funded acquisitions if organic growth does not materialize.”

Palmer joined C&S in 1986 after four years with Penn Traffic Co., the Syracuse, N.Y.-based former operator of the P&C Markets chain. Palmer also lists experience with an Albertsons Inc. division from 1979 to 1981 on a LinkedIn profile. He retired a little more than a year ago.

“Bob is a highly valued leader that has led C&S through times of change with much success,” continued Cohen. “His unrelenting focus on customer service and innovative go-to-market strategies have helped us win in challenging times and will undoubtedly serve us well as we transform for the future.”