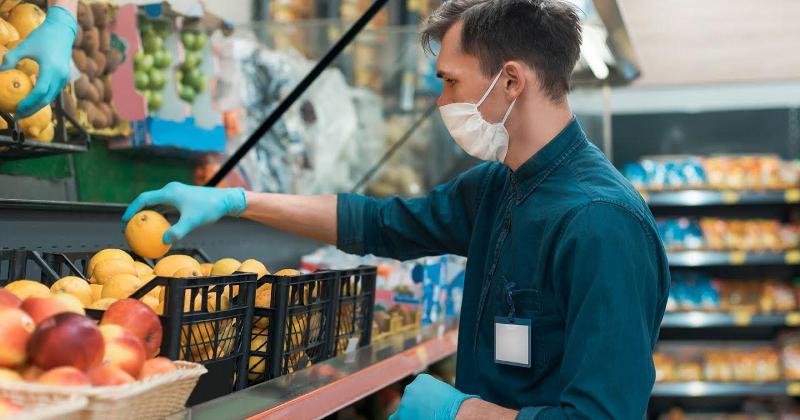 It's an unenviable streak: Wholesale prices broke another year-over-year record in September, the Bureau of Labor Statistics reported Thursday, rising 8.6% over the previous 12 months. That's the largest increase since 2010, and it tops previously record-setting price hikes of 8.3% in August and 7.8% in July, both over the same month in 2020.

For all final-demand foods, prices are up 12.9% over a year ago, according to the BLS' monthly Producer Price Index. Wholesale food prices have risen more than wholesale prices in home furniture (11%), toys (5.8%), and apparel (up 2.2% for men's/boys' apparel and 0.5% for women's/girls' apparel) but don't come close to the 80% year-over-year increase in wholesale gasoline prices.

That figure eclipses the still-huge 17.8% increase in retail prices for beef and veal since last September, which the BLS noted in its latest monthly consumer-prices report. The higher prices that shoppers are seeing may be prompting them to forego their favorite cuts, at least occasionally: A report released by market researcher IRI on Wednesday found that shopper spend in the meat department and their number of meat-department purchases are down slightly this year.

Fresh and dry vegetable prices rose 19.4% month to month and are now up more than 4% since September 2020 following another double-digit increase in August. Fresh fruit prices, by contrast, fell, with wholesale fruit prices now down 10.5% year over year.

Pork wholesale prices dipped 1.3% from August to September after rising 3.8% in the previous month; still, on a year-over-year basis, producer pork prices are 27.2% higher than they were a year go. (In comparison, at the grocery store, consumers paid 12.7% more for pork last month than they did in September 2020.)