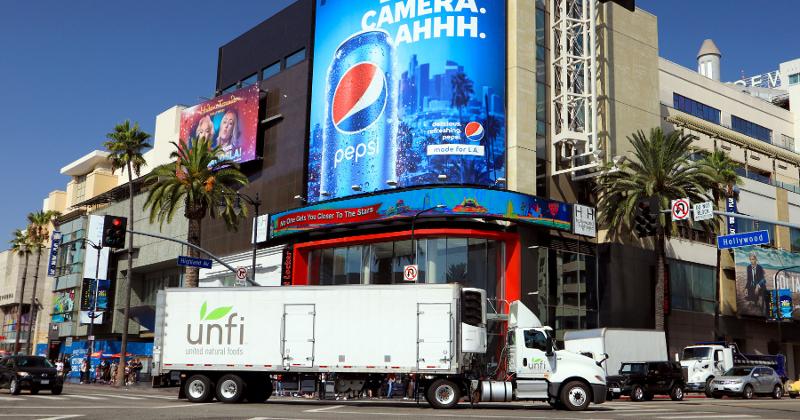 Despite handily beating market earnings expectations in its fiscal fourth quarter and capping what officials called a “monumental” fiscal year, stock in food wholesaler United Natural Foods Inc. took a deep dive, trading down more than 14% by late day Sept. 29 as a conservative outlook for the new fiscal year, news of a forthcoming change of leadership and some “noise” around its reported segments evidently spooked some investors.

As previously reported, the Providence, R.I.-based distributor saw revenues grow to $6.75 billion—a comp increase of 8%—and net earnings of $52 million, increasing by 207.1% for the fiscal fourth quarter ending Aug. 1. Officials in a conference call said the results reflected increased demand due to consumer changes associated with COVID, the completion of UNFI’s integration with the conventional wholesaler Supervalu, and strong internal execution. Accomplishments in the fiscal year included improving adjusted EBITDA by 28%, reducing its debts by $390 million, and its debt-to-EBITDA ratio by a full turn, from about 4x to 3x.

The company also announced that Steven Spinner, its CEO since 2012, would retire no later than the end of its new fiscal year next summer.

That news came amid modest projections for the new fiscal year, with officials noting the distributor would lap but not likely repeat the period of frenzied buying that kicked off the pandemic and said safety costs, slightly higher employee expenses and other investments would continue, while lower promotional spending and fewer anticipated new-item introductions could adversely impact results.

“With all of that taken into consideration, for fiscal 2021, we expect full year net sales to be in the range of $27 billion to $27.8 billion, which represents a nearly $900 million increase over fiscal 2020 or about 3.3% at the midpoint,” said John Howard, chief financial officer of UNFI, according to a Sentieo transcript.

“While we expect continued demand and strong results in the back half of the fiscal year, it’s important to keep in mind that year-over-year comparisons will moderate as we lap the pantry building that occurred at the outset of COVID during March and April of 2020,” Howard added. “And while we still expect elevated demand in the third quarter, sales in that quarter are expected to be lower than the third quarter of fiscal 2020 due to the unprecedented stock-up surge as COVID began to spread.”

Howard also detailed implications of a switch in how UNFI is reporting results, in part due to moving its unsold retail assets back into continuing operations while it awaits another opportunity to sell them. That required a complex shift in depreciation accounting but was also good news for UNFI’s revenue picture as the retail stores under the Cub and Shoppers banners—long shopped around by the wholesaler but still unsold—each saw great benefits from consumer habit changes and e-commerce offerings at retail, with comps at the banners climbing by 21% and e-commerce at Cub growing by 309%.

The change in reported segment sales further reflects the “one UNFI” vision that combines the company's natural and conventional sides and now classifies its customers not by what they sell but by their size, officials said.

In the new classifications, UNFI’s “chain” sales—those to supermarkets and multistore operators accounting for 40% of its overall business—grew by 6.9% to $2.7 billion in the quarter. Excluding bankruptcies of three customer chains early this year, that figure would have been closer to 10%, and counting only its top 100 customers in this segment, sales grew by about 12%, which “is really reflective of what you’re seeing at retail, minus the inflation that retail enjoys that wholesale hasn’t had,” said UNFI President Chris Testa said in response to a question about the seemingly low figure from an analyst.

Sales to independent retailers totaled $1.8 billion in the quarter, an increase of 11.4% and representing about 26% of UNFI’s total sales. “Independents have benefited greatly during the past seven months driven by a population migration from cities to suburbs and a growing consumer desire to shop in smaller footprint stores and support local businesses,” Testa said.

The “supernatural” segment—comprised entirely of UNFI’s largest single customer, Whole Foods Markets—totaled $1.1 billion, and increased by 3.6%. Sales to Whole Foods were dinged in the quarter by certain categories compromised by supply chain disruptions, such as bulk foods and ingredients for prepared foods, said Testa. “We expect our year-over-year sales to this customer to improve as we move through fiscal 2021,” he said.

UNFI’s remaining 8% of sales—about $500 million in the fourth quarter—were to military and foodservice operators, which saw a quarterly decline of 2.1% that Testa attributed to COVID.

Spinner also explained why the time was right for his forthcoming retirement, declaring the transformative but also at times chaotic and controversial deal to reel in its larger conventional counterpart Supervalu has been justified by the the events accompanying the pandemic.

“I think for me, personally, the 2020 numbers, and what I expect to happen in 2021, really proved out the acquisition of conventional. We went out on a limb a little bit to do it. I think investors initially didn’t like it as evidenced by the stock price. But it was right on. It was 100% right. And you saw that in our number,” Spinner said. “We were able to leverage the top line into the bottom line. We’re going to continue to do that.”

He said the company has already engaged a search firm that will consider internal and external candidates to take over the role, and expressed willingness to stay on in a new role as executive chairman “through the transition [of the new CEO] and for as long as the company needs me to do it."

“So I can't think of a better circumstance or scenario by which to pass the torch to the next leader,” he continued. “I feel really good about it.”