“People have tended to want to make independents more like chains, but in many instances, it’s that independence—that individuality—that allows these folks to survive where a chain never could,” the newly named president of Krasdale Foods said in a recent interview with WGB. “So when you’re running an organization like this, you want to be mindful of a balance of giving them enough structure and enough opportunity, but not to take away so much individuality that you ruin the leg up that you have.” 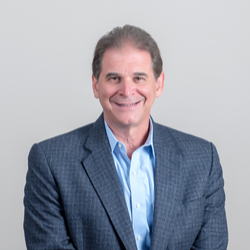 Lebiak has been with Krasdale’s Alpha 1 Marketing group since 2012 and was promoted to its chief operating officer last year, and succeeded the retiring Steve Silver as president and chief operating officer at Krasdale on Jan. 1 (Charles Krasne, a son of founder Abraham Krasne, has been CEO for decades). Lebiak’s grocery experience dates back some 40 years when he stocked shelves as a teenager for a Foodtown store in his native New Jersey. He since went on to hold roles with Foodtown’s cooperatives, Twin County Grocers and its current successor, Allegiance Retail Services.

Lebiak said the balance he intends to strike at Krasdale—in his estimation, a less restrictive but equally supportive structure where entrepreneurial retailers focus on servicing neighborhood shoppers reinforced by a “street team” of retail professionals that act as a “gold standard of support in the inner-city” to deal with complexities from sales issues to regulation compliance—is what differs Krasdale-aligned retailers from other cooperatives also doing business in its markets, such as Allegiance, Key Food and Associated. “I believe we’re more attuned to what those operators need,” he said.

Data From a Tuna Can

The five boroughs of New York, where a majority of Krasdale’s C-Town stores operate, is an incredibly complex and dense market of diverse ethnicities—and degrees of them—and local tastes that change in subtle and dramatic ways from block to block. Determining the right assortments and offerings for these stores is often a matter of flipping the traditional supplier-retailer model around, Lebiak said.

You can look at site surveys and demographic studies, and they don’t necessarily make you understand that when you cross that street, you’re talking about a totally different community

“You can look at site surveys and demographic studies, and they don’t necessarily make you understand that when you cross that street, you’re talking about a totally different community,” he said. That makes success particularly difficult for chains and “chain-like” independents that tend to “push down” assortments on stores.

By contrast, he said, Krasdale works in as a chain in reverse, gaining knowledge of its market through sales of particular items that resonate with certain shopper groups. Pressed for an example, he said, “There’s a certain kind of tuna that we know only talks to a certain central American customer.” Basket data like that can then “tie around” certain stores as Krasdale identifies optimal assortments.

“There are different types of Mexican clientele, and you tell the regions by certain key items, as crazy as that is,” he explained. “You can look at a certain salad dressing and say, ‘Oh, it’s this type of mix.’ And we use those types of tools to determine product gaps, much like you would use syndicated data, but we often focus more on what we have going on because it’s a better indicator of what’s happening in the city.

“We’re not talking about the big 30-trucks-of-product kind of thing. But talking about that 10% or 15% difference that makes a group of folks want to shop that store makes sense to them,” he said.

Another difference Lebiak hopes to impart on Krasdale is what he calls “respect for owners”—or giving each of its participating retailers a little more room than some competitors might, and resisting the aggressiveness with which some city operators have exhibited in supporting rapid expansion.

This phenomenon, he said, could mean growth for co-ops but has driven some independent operators to assemble fleets with multiple banners and suppliers in dense areas that at times cannibalize one another and others in their coalition. The same appetite for growth has led to any number of failures, he added, pointing, for example, to independents that took over available A&P units after that chain liquidated, only to find themselves retreating soon after.

“Other banners have really oversaturated,” he said. “They may change the name, but they have literally stores on top of each other running the same programs. And that’s why you’re starting to see some guys owning multiple banners. We just tend not to do that. We tend to prefer slow, controlled growth. We like to be conservative in where we put locations.

“Opening up a store is a very expensive proposition, right? There’s many times where we tell our guys that we don’t want the store, you shouldn’t open it, because if you force guys into growth too fast, you can take down their whole company,” he added.

Krasdale’s retailers are growing fastest in Florida, where Hispanic-focused stores under its Bravo banner, supplied through wholesaler United Natural Foods, now number 54. And it is supporting urban growth through what he calls “farm teams” operating under the Stop 1, Shop Smart and Market Fresh banners. “We take smaller stores and could bring them to a bigger and bigger program to eventually get them into more of what we would consider a full-fledged supermarket program," he said.

While Krasdale isn’t building new stores with great speed, the ones it has, and its own internal capabilities, are experiencing constant evolution, Lebiak said. That’s because neighborhoods are constantly changing—many in the five boroughs have seen their neighborhoods rapidly gentrify. And shopper behavior at all of its stores have changed as COVID took hold.

This is where Krasdale’s street teams and evolving back-end marketing and merchandising capabilities make a difference.

“We have multiple reset crews and what we call counselors. These are former store managers, who come from everywhere from high-end specialty stores to inner-city ethnic stores. They’re all out there. And what’ll happen is, as we see a neighborhood changing, they’ll start coming in and saying, you need to integrate specialty into your store,” he said.

Lebiak is quick to mention these changes are not dictated by the company, but rather arrived at cooperatively. “This is not a forced transaction in our world. We know some guys may not be ready for it. But what we can say is, you need at least four feet of Bob’s Red Mill. We’ll help source that product. We’ll get them cut in the right way. And we’ll teach you about integrating and segregating products.”

When the pandemic hit New York last year, neighborhood stores like C-Towns saw unprecedented business as shoppers eschewed unnecessary travel, and worked and attended school at their home. “Our guys showed up. They’re like the heroes of the food industry,” Lebiak said.

More operators are seeking support in the form of technologies Krasdale can provide, he added.

“We’re putting a lot into our infrastructure. We’re rewriting a lot of our systems and streamlining and looking at a lot of outside technology as the world changes. We have our own POS technology. We have a full help desk. We have technicians on the road. Right now, believe it or not, guys are moving to self-checkout, which in the inner city is something I thought you would never see. They’re also getting involved with online ordering. So we’re looking for things that they can bolt on over the top [of their existing systems]. We’ve got guys in Instacart, guys on Shophere, we’ve got guys on Mercato,” he said.