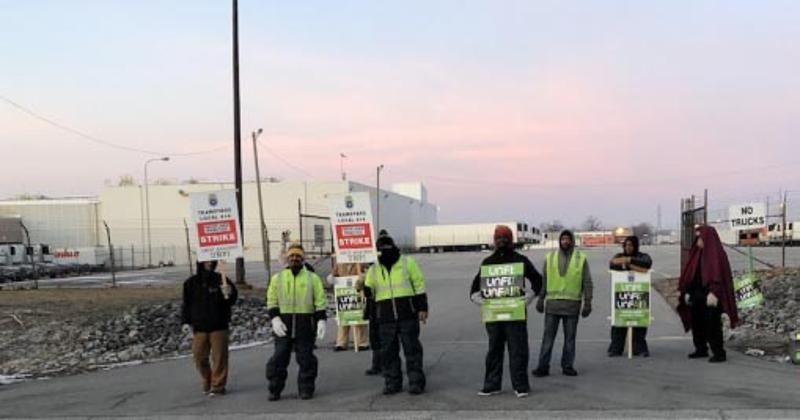 Teamsters-represented workers at a United Natural Foods Inc. (UNFI) warehouse in Fort Wayne, Ind., have called a strike, protesting what the union called “violations of federal laws that protect workers rights.” However, both sides in the dispute have accused the other of refusing to negotiate on a new contract.

The 158 drivers, warehouse and maintenance workers, represented by Teamsters Local 414, walked off the job Dec. 12. They were working under terms of a contract reached with UNFI’s predecessor, Supervalu, which expired Sept. 14.

“UNFI’s attacks on its Fort Wayne workers are a show of disrespect for the men and women who are the backbone of its operations and have been for decades,” said George Gerdes, secretary-treasurer for Teamsters Local 414. “The Teamsters union does not condone abusive behavior by employers. Local 414 members will fight to ensure they are treated fairly and with respect.”

The Providence, R.I.-based distributor disagrees with the union’s characterization of the dispute, saying the Teamsters had refused to negotiate on a new deal.

“Local 414 took this action before UNFI was even able to deliver a proposed wages and benefits package,” Jill Sutton, chief legal officer for UNFI, said in a statement. “While this decision is unnecessarily reckless, UNFI is implementing robust contingency plans to maintain business continuity and support our customers and local communities. Meeting customer needs is our top priority, and UNFI is dedicated to taking necessary actions toward this end despite this unlawful union activity.”

UNFI’s acquisition of Supervalu in 2018 brought 5,000 Teamsters at scores of distribution centers across the country under a single company. The union said UNFI has had a “troubled labor history,” noting that most of its Supervalu facilities were union shops.

Pandemic Accounts for $1.5B Boost to Publix Q2 Sales