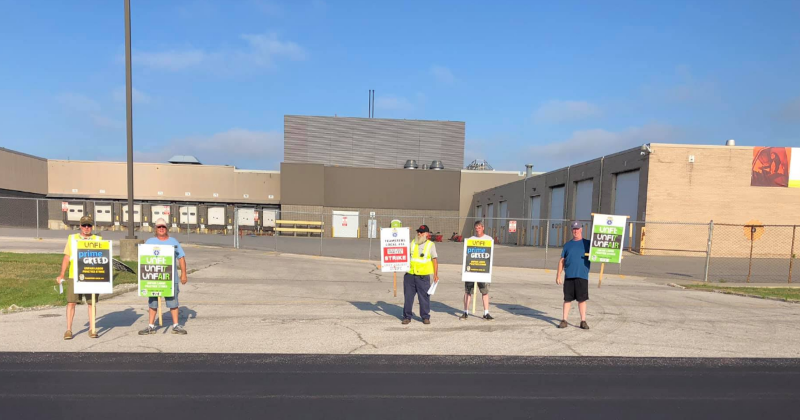 United Natural Foods Inc. (UNFI) is condemning what it called an illegal and sudden strike called July 23 by Teamster-represented workers at a distribution center in Fort Wayne, Ind.

Approximately 160 workers represented by Teamsters Local 414 called the strike early that day. The union says the action came in protest of a dismissal of a longtime worker and union steward on June 29, but it also comes amid an impasse in negotiations for a new contract. The Fort Wayne-based local and the Providence, R.I.-based distributor have been negotiating a new deal for 11 months. Workers there are currently without a contract, the union said.

“We’re deeply disturbed that Local 414’s leadership in Fort Wayne, Ind., has chosen to disregard the best interests of its own members and orchestrate a counterproductive illegal strike,” Jill Sutton, UNFI’s chief legal officer, said in a statement provided to WGB.

“UNFI put on the table a generous four-year contract offer that would preserve health plan benefits for current associates, maintain pension contributions, and provide strong annual wage increases in line with other facilities in the Midwest. In exchange for delivering this stability and security to our valued associates, we asked Local 414’s leaders to meet us halfway on updating decades-old work rules and operational policies with terms aligned to other standard union agreements across the country. Unfortunately, Local 414’s leadership rejected a generous offer that would have provided meaningful security and stability to associates over a single provision that is completely out of line with our other contracts or common market practice.”

UNFI said it was implementing contingency plans to continuing serving grocery customers in the Midwest.