United Natural Foods announced Friday the promotion of Bob Garibaldi as its new president to lead the company’s Pacific region sales team. He assumes the role following in the footsteps of Steve Dietz, who is now UNFI’s chief customer officer.

“Bob is an insightful leader with in-depth industry knowledge and strong customer relationships, all of which will serve our Pacific region well as we continue to deliver on our long-term vision to transform the future of food,” said Dietz. 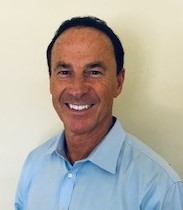 Since 2018 Garibaldi had served as UNFI’s SVP of sales, Pacific region. His career with UNFI’s Pacific region began following the acquisition of SUPERVALU. Before that he served 22 years in various leadership roles overseeing sales and customer service on the West Coast for both SUPERVALU and Unified Grocers. Since joining UNFI, Garibaldi has overseen the Pacific region through several complex sales reorganizations and system integrations, UNFI said.

Garibaldi holds a bachelor’s degree from the University of California, Los Angeles. In addition to his work at UNFI, Garibaldi is active in the California Grocers Association (CGA) and Northwest Grocery Association and previously served as a member of the City of Hope Northern California Food Industries Circle.