United Natural Foods announced Friday that it was promoting Steve Dietz to the newly created role of chief customer officer, which will have Dietz overseeing the distributor’s regional sales efforts throughout the U.S. and Canada.

Dietz, who currently serves as president of UNFI’s Pacific region, will assume his new role Oct. 1. His successor in the Pacific region will be announced later this year.

UNFI said Dietz would work with the presidents of UNFI’s six regional divisions to help them implement local go-to market strategies, while leveraging data, learnings, and outcomes to drive best practices and programs that can benefit all of the wholesaler’s customers.

“Steve is a terrific selection for this role, and I’m confident his leadership will help us further unlock the customer experience, delivering greater value and innovation to grocery retailers of all sizes and formats,” UNFI President Chris Testa said in a release. “We have a tremendous responsibility to our customers and communities and Steve’s experience, sales acumen, and strong understanding of the ever-changing grocery landscape will help us continue to deliver on our customer promise.” 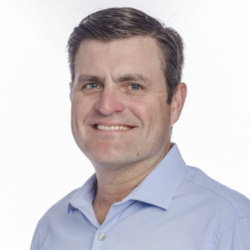 Dietz joined UNFI in 2014 through the acquisition of Tony’s Fine Foods, where he had spent 15 years in leadership roles overseeing sales, customer service, procurement, marketing and pricing. He became Pacific division president in 2018 upon the UNFI’s completion of the Supervalu merger and was instrumental in uniting respective sales teams as they integrated, UNFI said.