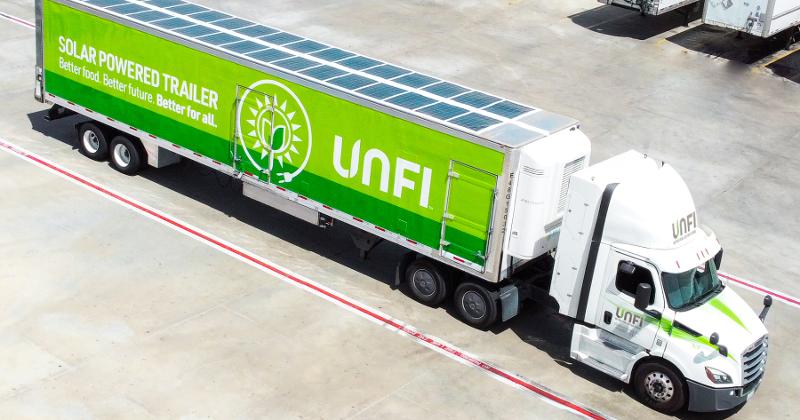 Stock in United Natural Foods was down dramatically June 9 after it said sales in its fiscal third quarter came in slightly below expectations, and that revenues for its fiscal year would come in toward the lower end of its expected range.

Officials of the Providence, R.I.- wholesaler, however, sounded an optimistic tone, noting that earnings in the quarter outpaced expectations on expense control, that profits for the fiscal year would be at the high end of guidance, and that it was anticipating new customer wins and benefits of food price inflation in coming months.

Stock in UNFI—which was trading near 52-week highs and up by more 100% in the calendar year to date, dropped in early trading by 20%. It was not immediately clear whether the softer revenue drove the sell-off; company officials also faced numerous questions from analysts about demand for drivers and warehouse workers, as well as supply chain bottlenecks, amid the current tight labor market.

Sales for the quarter, which ended May 1 and lapped last year’s heavy consumer stock-up behavior as the COVID crisis hit, were down by 5.9% to $6.6 billion—about $180 million below consensus analyst expectations for the period. Gross margin rate also slipped slightly to 14.6% of sales vs. 14.94% in last year’s third quarter.

Net income of $49 million was down $40 million for last year’s quarter, but earnings per share of 94 cents was ahead of the 88-cent figure anticipated by analysts, primarily driven by lower expenses.

“Our results reflect our unrelenting focus on efficiency and the profitability of our business, as we cycled the highest spikes of sales revenue from pantry loading in the prior-year quarter,” Steven Spinner, chairman and CEO, said in a release. “We continue to focus on helping our customers operate their businesses and meet the needs of their shoppers through our differentiated business model. As the industry and economic backdrop continue to evolve, UNFI remains well-positioned for future growth.”

By category, sales to chain stores in the quarter were down by 5.6% to $2.9 billion; sales to independent retailers dropped by 11.4% to $1.6 billion; and sales in what UNFI calls its “supernatural” channel (or Whole Foods Market) were up by 0.6% to $1.3 billion. UNFI’s owned retail stores—Shoppers and Cub Foods—saw sales decline by 9.3% in the quarter to $578 million. An e-commerce sales improvement of 21% in the quarter nearly offset softness in military and international sales accounted for in UNFI’s “other” sales category, which dipped by 3.2% to $580 million in the quarter.

On a two-year stack, which officials said helped to normalize the unusual gains in the last year’s period, all channels except “other” were up, with chain sales up by 6.7%; independents gaining 3.8%; Whole Foods up by 16.6%; and retail up 14.9%.

In a conference call, Spinner said he was optimistic about ongoing account wins and UNFI’s ability to benefit amid anticipated inflation in packaged goods. Spinner said he anticipated inflation in coming months of “mid-single digits”—saying that would help the wholesaler as it anticipates passing along “darn near all” of its higher costs to customers, then benefitting from administrative fees as increased promotional campaigns typically accompany higher retail prices.

“I think what’s going to happen is those [higher CPG] costs are not going to come down. They’re going to stay inflated. And in order to move the product, the product will be heavily promoted,” Spinner said, according to a Sentieo transcript. “And in either way, that’s a big tailwind for us because if the cost of goods go up, we finance a rising inventory and pass through the price. If the CPGs heavily promote the product, we manage the promotion, and that turns into gross margin for us.”

The company expects to begin servicing 300 Key Food stores in the New York metro area—an account worth about $1 billion in annual sales to UNFI—later this year, and is close to completing what officials described as a state-of-the-art warehouse campus to serve then in Allentown, Pa. Chris Testa, UNFI’s president, said the company was optimistic of another $500 million in additional new business phasing in throughout fiscal 2022.

Spinner characterized current tightness on the labor front “as temporary lull” and highlighted efforts UNFI had over the past year in pay increases and benefits for warehouse workers and drivers that’s helping it to weather the conditions and adjust to what he described as changing workplace demands among the labor pool.

“I think we're in a temporary period where the demand for freight is outpacing the ability of the industry to move the freight,” he said.

“Once we get back to stability economically, people are back at work, and the pandemic is predominantly behind us, I think this is all going to stabilize,” he said. “There are pockets where we have some struggles around finding drivers. But generally speaking, we’re in really good shape.”

The workforce is changing as drivers are demanding more “work-life” balance than they had a few years ago, Spinner explained, and that is prompting the company to make adjustments.

“A lot of associates today want less overtime. They want work-life balance. They want to be able to leave in the morning and come home at night. They don’t want to go on multi-day runs,” he said of truck drivers.

“That’s very different than the way it was even three or four years ago, where the opposite was true. And so our routes and our route planning and our DC management are all predicated on what the worker of today really wants out of the job. And as long as we can give them what they want, then we’re going to keep our turnover down and our productivity high."

Officials said they would share additional detail on a new worker safety program, more information on the new Allentown facility, and its outlook for the retail division it once intended to sell, at an investor conference later this month.

The company remains active seeking a CEO to succeed Spinner, who intends to retire. That move, however, isn’t likely to be announced sooner than the June 24 event.