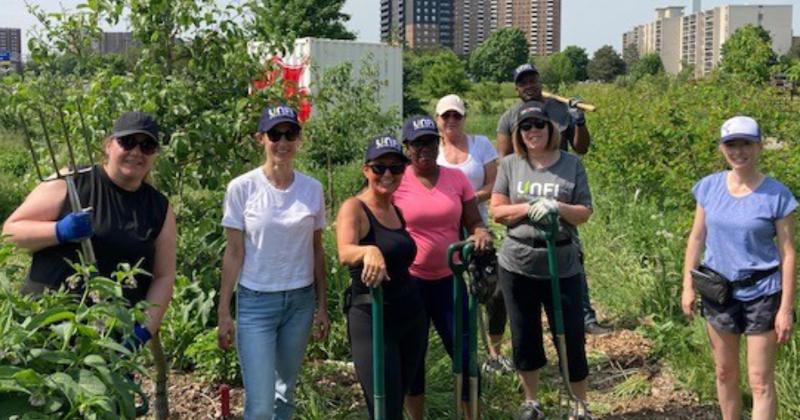 UNFI released its 12th annual Better for All Report, which outlines UNFI’s progress toward its Environmental, Social and Governance (ESG) commitments, the grocery wholesaler said on Monday.

“In the past year we’ve made a focused effort to holistically integrate our Better for All strategy throughout the organization, as well as proactively engage our stakeholders, from our associates to our supply chain partners, on issues from climate to food equity to DEI,” said UNFI CEO Sandy Douglas in a statement. “That approach has yielded some meaningful achievements this year and, in several areas, also allowed us to establish the organizational structures and processes needed to make progress against future goals.”

In 2023, UNFI launched three new science-based targets, bringing its total goals to 15 across its entire Better for All strategy, UNFI reported.

Continuing its connection with the people growing, making and moving the products that UNFI distributes, the grocery wholesaler’s report showcased the company’s engagement efforts with new customer surveys, continued conversations with investors and cross-functional efforts to respond to associate feedback for additional DEI and associate wellbeing initiatives, UNFI reported.

The report also includes efforts towards climate solutions, including making investments in platforms such as UNFI’s recently launched Climate Action Hub, to provide tools and resources to innovate and scale climate solutions across the food system, UNFI reported.

“Approximately 97% of UNFI’s total emissions are a result of our upstream supply chain, which is why we are committed to empowering our suppliers to take climate action,” said Alisha Real, UNFI’s VP of ESG and Social Impact. “As one of the country’s largest wholesalers, we are a connector between retail, brands and communities, and our leadership and education to others can help amplify the important role we all play in making a positive impact on our climate. With the validation of our science-based targets this year, we are ready to accelerate our action and lead by example to support our communities and the planet.”

“While we are proud of the progress we have made, we recognize that in many ways we are just at the beginning of our journey and that there is much more to be done. We look forward to continuing this important work in the coming years,” Douglas said.