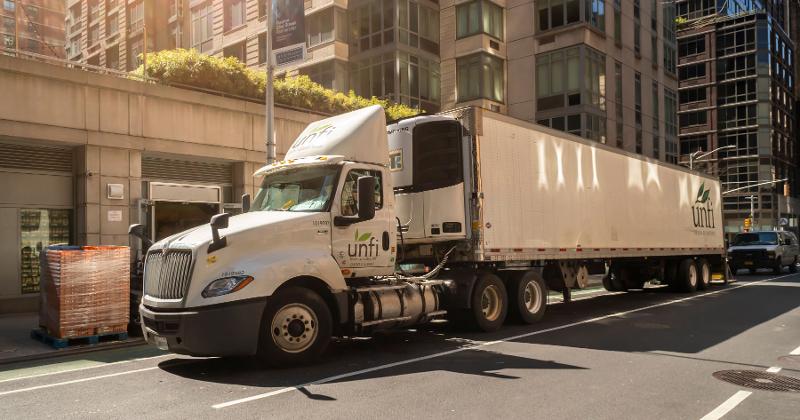 United Natural Foods has unveiled a bullish new strategy calling for financial results over the next years that one analyst described as “light years ahead” of prevailing expectations.

In a virtual presentation for investors and analysts, officials of the Providence, R.I.-based wholesaler  said its strategy, termed “Fuel the Future,” contemplated winning 20% of what they estimated to be a $140 billion addressable market by the end of its 2024 fiscal year, primarily through new customer acquisition, greater sales penetration with existing customers and further developing businesses like private brands and owned retail stores. They projected that sales would grow annually by 3%-5%; EBITDA by 6% to 10% annually; and earnings per share by 12% to 18% over the next three fiscal years.

That would deliver more than $30 billion in sales and $900 million in EBITDA by fiscal 2024 (UNFI’s 2022 fiscal year begins in August). UNFI had sales of $2.5 billion and EBITDA of $673 million in fiscal 2000, its most recently reported full year. These ranges are “light years ahead” of consensus expectations, said Bill Kirk, an analyst following UNFI for MKM Partners.

“Fuel the Future is our blueprint for our next phase of growth,” said CEO Steven Spinner, according to a Sentieo transcript of the June 24 event. “It’s about building off our strong foundation and our incredible momentum and elevating the key areas of our business to deliver even more for our customers and help make them even stronger.”

Spinner said the new strategy—which he intends to pass along to a forthcoming successor as CEO—builds on the broad range of capabilities and product categories the one-time natural foods distributor has developed and/or acquired in recent years, notably the transformative acquisition of conventional counterpart Supervalu. As Spinner has often insisted, UNFI’s wholesale offering will prove attractive to new and existing retail customers as they pursue more efficient and broader-ranging supply agreements. 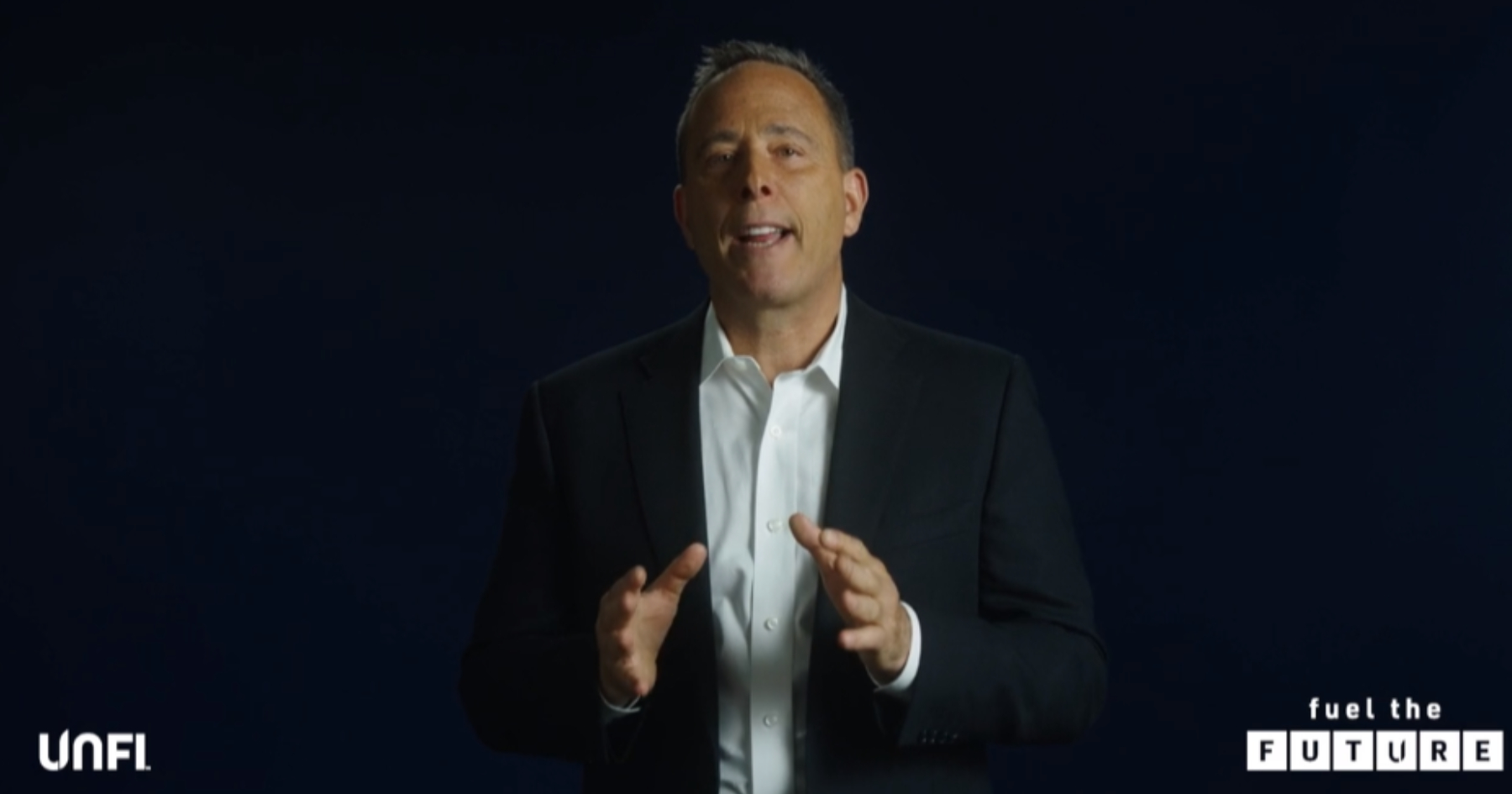 “Our vision here at UNFI is about impact,” Spinner continued. “We want to transform the future of food. We don’t want to just participate. We want to be a true leader in the food industry. And our mission is about every single one of us helping our customers to thrive and succeed. It’s about the integral role UNFI plays in the food supply chain, and it’s about pioneering what’s next.”

Spinner said the strategy would be built upon six pillars representing the word FUTURE.

“Scale means being strategically located closest to our customers, which in our case, is literally coast to coast,” Chief Operating Officer Eric Dorne said. “Scale means having in place the network capacity to support future sales growth. ... Scale also allows us to procure product in the most efficient manner and scale provides us flexibility when the need arises to shift volume amongst distribution centers, volume spikes, unique customer needs, temporary inbound fill rate challenges and weather-related events complexity to fulfilling orders.”

Chris Testa, UNFI’s president, in discussing this pillar said the company could more than double its sales through only expanding services and categories to customers it already services; an additional $78 billion is available to UNFI in the form of new customers. Its goal is to capture 20% of this opportunity through the end of fiscal 2024, growing faster than its peers in the wholesaling industry.

The presentation included testimony from officials of UNFI’s retail customers such as Nugget Market and Key Food Stores Cooperative. George Knobloch, chief operating officer of Key Food, said the decision to shift its primary supplier from C&S to UNFI—for a 10-year deal that begins this fall—would support the cooperative’s ambitions to expand stores beyond its core New York metro market and aid efficiency, saying for example that the new supplier would allow stores to reduce 12 to 13 receiving tasks a week to a “low-single-digit” number.

Helming said UNFI envisioned doubling the $1 billion in wholesale revenue for private brands over the next five years through greater sales to existing customers, new customer partnerships and new products.

UNFI Pride: Focusing on UNFI’s people to deliver on safety in the workplace, as well as continuing its unique culture and enhancing the overall associate experience; embracing and growing diversity of background, thought and approach; and UNFI’s commitments toward climate change and food insecurity and injustice, among others.

“We’re very pleased with the initial responses from the first group of associates hired under this program,” Bagal said. “Not surprisingly, the most common feedback we received has been the ability to balance work and family commitments to select shifts that allow flexibility and to work for a company that appreciates and values them for their contributions. That is the very purpose of this program, and it seems to be hitting in its mark.”

Retail Optimization: Advancing the retail business through greater investment in store upgrades, e-commerce and digital platforms, combined with new sites that will contribute to growth.

UNFI for several years intended to sell the retail stores it acquired along with Supervalu, intending not to compete with wholesale customers and acknowledging retail was not a core competency of the organization. But the plan to sell was suspended first when it couldn’t find a fair price for its Cub stores and again, when the pandemic delivered a meaningful boost in sales and margins.

Retail for now is part of the plan as revenue and margin generators and as labs to help retail customers, officials said. The division today includes 53 owned Cub stores and another 25 operated by customers in the Minneapolis region, as well as 22 Shoppers Food units in the Washington area that went unsold when that chain was on the block.

Mike Stigers, EVP of wholesale for UNFI, said these stores would be supported by investments in technology, new offerings and store environments, and through participation in an 18-month leadership training program for store managers and functional leads through the University of Southern California.

He added: “Will we own retail five years from now? I just don’t know. But today, in this particular moment, we’re really focused at being successful at the retailers that we own.”

Spinner said he was comfortable passing along the newly laid plans to a successor—an announcement he said would likely come later this summer or early fall. “It’s important that we’re going to find a candidate that embraces, first and foremost, the culture that we’ve worked so hard to create, and that’s easy to check and verify,” he said. “And we’re going to find a candidate who’s going to embrace the culture of the strategy that we've worked so hard to create that’s now been introduced into the public market and into our own 30,000-team workforce, our customers and our suppliers. So I feel very comfortable that we're going to find the right candidate and move that person into being the next CEO of UNFI.”

Some analysts interpreted these remarks to indicate an internal candidate would make the most sense.