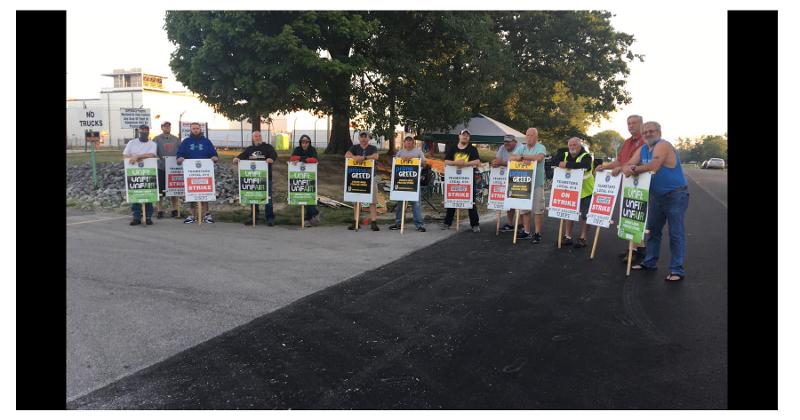 United Natural Foods Inc. (UNFI) has reached an agreement with the leadership of Teamsters Local 414 in Fort Wayne, Ind., ending the strike that began on July 23. UNFI had condemned the sudden strike by Teamster-represented workers at a distribution center in Fort Wayne as “illegal.”

“We’re pleased to have reached a tentative agreement with the leadership of Teamsters Local 414 in Fort Wayne for a new four-year agreement,” Jill Sutton, chief legal officer of UNFI, said in a statement provided to WGB on July 31. The contract, which was presented to Local 414 members for ratification over the weekend, “would preserve health plan benefits for current associates, maintain pension contributions and provide annual wage increases in line with other facilities in the Midwest, Sutton said.

“The contract would also include important language updates that afford UNFI, in partnership with our local unions, the flexibility it needs to operate and succeed as a business in today’s food distribution environment,” she continued. “We believe this resolution will be a very positive development for UNFI, our valued associates in Fort Wayne and customers.”

On Aug. 1, the Teamsters Local 414 Facebook page announced that the agreement between the union and UNFI “passed overwhelmingly unanimously.”

The union, which represents about 160 workers, and the Providence, R.I.-based distributor had been negotiating a new deal for the past 11 months.