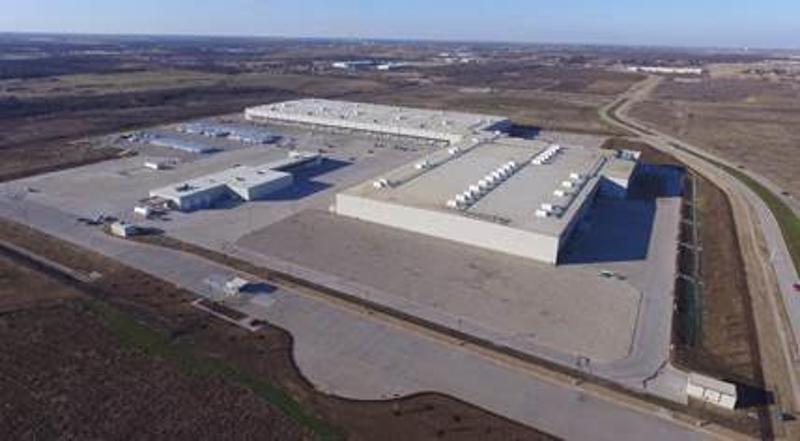 “This new Distribution Center takes WinCo Foods, and our commitment to the region to a whole new level,” said a company spokesperson. “This incredible facility, with its unmatched size and flexibility, will allow us to continue expanding in Texas and beyond while at the same time offering the lowest overall prices, the greatest possible quality and the widest conceivable variety to North Texas shoppers.”

The project, at 300 S. Western Blvd., represents the largest economic development project ever undertaken in Denton, TX, both in terms of capital and size. WinCo Foods currently has nine stores in D/FW, and has plans to open four stores in Oklahoma in the next year to two years.

The WinCo Foods Denton Distribution Center also includes a 60,000-square-foot truck maintenance center on the property and has the space to expand another 130,000 square feet in the future, demonstrating WinCo’s dedication to both the region and to continued growth.

“What we’re now able to achieve, in terms of bringing the lowest price groceries to our North Texas customers, is remarkable,” said the spokesperson. “With this newest distribution center, in such a key place in the country, WinCo can deal directly with suppliers and vendors to get all manner of product on the shelves in the shortest possible time in both our existing stores as well as stores in the region we plan to open going forward.”

WinCo Foods, based in Boise, ID, bought the 77 acre site in June 2015, performing a significant amount of infrastructure work on the area – including water, wastewater and electrical improvement – so that it could switch from using a third party distribution company to supply its stores.

“We want to send a clear signal to North Texas and beyond that we are here for the long haul,” added the spokesperson. “WinCo foods employee-owners have invested heavily in the area and we want to be here for a very long time to come.”

The new facility will employ an estimated 165 people.