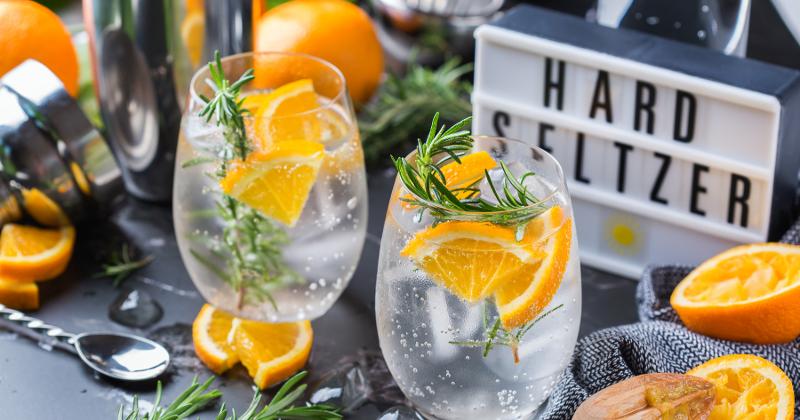 According to findings, nearly all added benefits tested (high alcohol, low alcohol, vitamins, kombucha, immunity, energy, sustainable packaging and CBD) drove greater purchase interest from consumers. The study found that adding CBD boosted demand by 12% on average, while enhancing the drinks with kombucha lowered demand by an average of 6%.

The study also confirmed that White Claw leads the crowded category in generating an overall willingness to pay, with 35% higher average demand than its competitors. Corona and Truly scored second and third, respectively—but trailed the market leader by a wide margin.

“We wanted to study the hard seltzer category because it has disrupted the alcoholic beverage space so profoundly in such a short time,” said Anouar El Haji, CEO of Veylinx, in a release. “There are widely divergent predictions about if and how it will sustain its tremendous growth, so we wanted to shed light on which brands and innovations are best positioned for the future.”

CBD-infused, energy-boosting, and high-alcohol versions performed well across most brands, and while market leader White Claw commanded the highest demand score, potential product line extensions actually drove less demand for the brand, the study finds. Every other brand tested had at least one added benefit that lifted demand. For Topo Chico, five of the eight added benefits drove higher demand—including CBD, which provided an 18% lift.

Consumers drink hard seltzer for its refreshing taste, not because it’s healthier, notes Veylinx. “Refreshing taste” was listed by a majority of respondents (54%) as a primary purchase driver, with Truly, White Claw and Bud Light scoring highest in this category. Somewhat surprisingly, the perceived healthfulness of seltzers compared to other alcoholic beverages was not an important demand driver (only selected by 22% of participants).

The study further finds that nearly 75% of respondents consume hard seltzer at home, and regional preferences vary. Consumer demand for individual brands differed across regions, with White Claw dominating the Northeast and Midwest. In the South, Smirnoff elicited the highest demand, while Corona took the crown in the West.

Who Are the CPG Icons of Digital Grocery?

The Color of Personal Care: Diversity in Health and Beauty Aisles