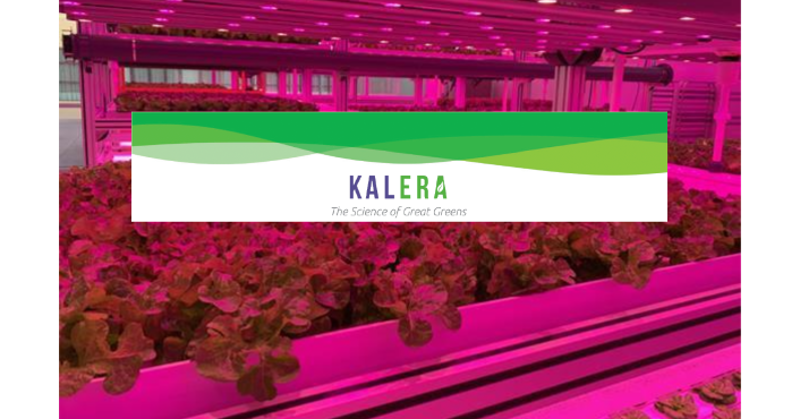 At the end of January, Kalera, the Orlando-based vertical farming company that counts former U.S. Secretary of Agriculture Sonny Perdue among its investors and board members, announced a merger agreement that is expected to see the company begin trading on the NASDAQ market this spring. A debut on the tech-heavy index would make Kalera the first vertical farm to trade publicly on a U.S. stock market.

Going public on a U.S.-based exchange is a move that Kalera, which currently trades on the Euronext Growth Oslo Exchange, has eyed for some time: The company said in December 2020 that it had engaged BofA Securities to explore its strategic options, including a possible merger with a special purpose acquisition company (SPAC). On Jan. 31, Kalera announced that Agrico Acquisition Corp. is that SPAC that plans to take Kalera public in the U.S. in the second quarter of 2022, pending shareholder approval and other closing conditions.

Being first to market, so to speak, was a priority for Kalera, Chief Operating Officer Austin Martin said in a recent interview with WGB. Kalera currently supplies fresh, indoor-grown greens to select Publix, Kroger and Walmart stores in areas where it currently has U.S. farms: Orlando, Atlanta and Houston. But the company has big growth plans: New growing facilities are expected to open in Denver and Seattle this year, and the company purchased a facility for conversion in St. Paul, Minn., last spring. Internationally, a new facility is slated to be up and running in Singapore in the second quarter of 2022, with additional expansion planned in Southeast Asia and the Middle East.

"We have a very aggressive rollout strategy as the leader in this space," Martin told WGB, "and we believe that being first is important in having access to the deep equity markets here."

Kalera’s merger announcement last month came less than a week after Walmart announced it had invested in Kalera competitor Plenty, a vertical farm based in South San Francisco. Under the terms of the agreement between Plenty and the country’s biggest grocery retailer, Plenty can begin supplying fresh greens to all of Walmart’s California stores starting later this year.

In a conversation with WGB, Austin and Kalera Chief Commercial Officer Henner Schwarz discussed the company's ambitions and why Walmart’s move could ultimately be a boon for the rapidly growing field of controlled-environment farming.

Christine LaFave Grace: Why was going public via a SPAC deal the route you sought for Kalera?

Henner Schwarz: Doing this by way of a SPAC is doing two things for us: No. 1 is accelerating the process, making it more certain, compared to a normal listing. Second it comes with up to $147 million in cash, which we would like to use in order to continue the expansion. We have a lot of very interesting, very exciting opportunities in North America, Europe, the Middle East and Asia, so that’s a very important reason as well.

Austin Martin: We have a large base of operations in the U.S., and it was very important to us to be listed in the U.S. equity markets.

We’re a global company now, with a footprint across the globe. But what was really important was to have a national footprint, be the first indoor vertical farming company or controlled-environment ag company to have a national footprint in the U.S. If you look at the customers that we’re targeting, whether it be large retailers like Kroger or large foodservice providers like U.S. Foods—those industries have gone through a lot of consolidation, and the big players have become bigger. And what really works well for them is an efficient supply chain and having one supplier that can supply them core products across their entire portfolio of assets or stores, which provides a lot of efficiency.

We thought it was really important to have that first-mover advantage and to be the first to offer that type of solution to large customers. [That] has largely been absent in the produce space in the U.S.—it’s always been working with regional distributors, and we bring something different. That was really the major driver for trying to get there and having such a large footprint so quickly.

Schwarz: And then one additional point as far as why could we pull it off is Austin and the team have a modular system that they can deploy fairly quickly. Although in-house we’re really only a small team, we can execute on multiple projects simultaneously just as we have those modules that can be applied leveraging our supplier strength and global supply chains.

Walmart announced its investment in Plenty, one of your competitors—what was your response? To what extent does an investment from Walmart change the landscape for indoor farming?

Martin: I think it does a couple of things. With any new industry, you’re looking to bring legitimacy and validity to that industry, so I think, one, a rising tide lifts all ships.

I think that’s what you have a player like Walmart doing—validating, “Hey, this is the future of farming.” We believe this category, produce, is a massive category, and there’s space for several leaders. It’s unreasonable to think we’re going to have the whole market. So we think from that [perspective] it’s really good for the industry.

Two, I think when you have a leader like Walmart step into the space, it really highlights for other key retailers and food purveyors the importance of defining their strategy in this area, which is only a benefit to us.

Schwarz: All of the indoor farming companies today combined probably still have less than 1% market share in the fresh vegetable category, so there is a massive opportunity. The plan here is to offer a premium product, zero pesticides, super-clean to a broad range of customers globally.

Martin: I worked for Aldi; I worked for Target in both supply-chain and marketing functions; I worked for Shamrock Foods, one of the largest food distributors in the West, so having come from that space, [I] understand the importance of consistency and reliability, specifically in produce. I think what we’ve learned and what we’ve tried to solve for them is, because we’re growing indoors and we have that controlled environment, we can provide consistency.

One of the things we’re trying to do is educate our supply chain, who have lived with inconsistency in produce for decades. Retraining and rewiring how retail buyers, foodservice buyers think about the category has been really important for us. A key selling point to what we offer is, “You can depend on us.” You don’t have to, every week, find a new produce supplier because that grower ran out, or that grower had a crop that was damaged by a weather event or there was a food safety recall.