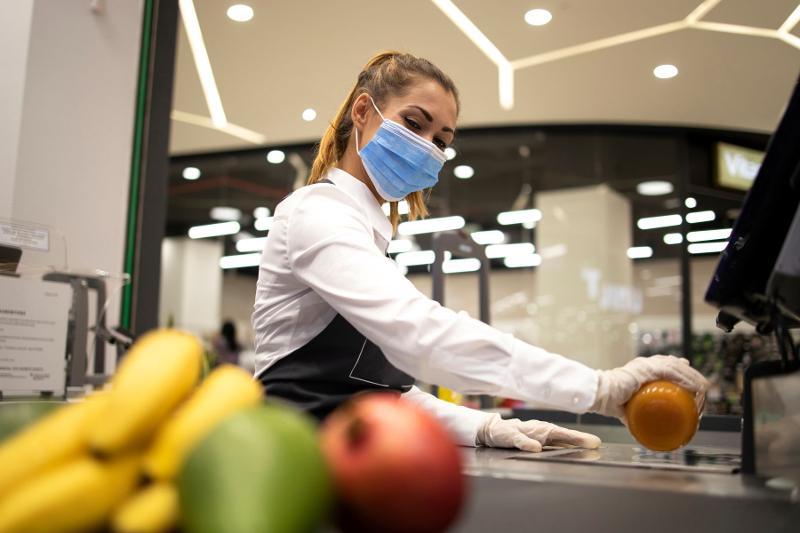 Grocers and warehouse clubs picked up their pace of hiring in July, new federal data show.

Food and beverage stores added 8,600 jobs in July after they added 4,300 jobs in June, according to data released Friday by the U.S. Bureau of Labor Statistics. They now employ 3.2 million people, about 124,500 more workers than they employed before the pandemic.

General merchandise stores, including warehouse clubs and super centers, added 7,900 jobs after they shed workers the previous month. They employ 2.3 million workers, up 280,400 from prepandemic levels.

Overall, the economy added 528,000 jobs in July and the unemployment rate fell slightly to 3.5%. The rate of job growth was more than double what economists had expected.

The continued strong rate of job growth is likely to add to concerns about inflation, as competition for workers drive up wages and lead to higher prices. The result appears likely to lead to further higher interest rates as the U.S. Federal Reserve looks to cool inflation.

Wage rates for nonsupervisory retail workers increased 0.5% to $19.61 an hour last month. That is up 5.3% over the past year.

Food services and drinking places added 74,100 jobs in the month. They now employ 11.7 million workers. That remains over 600,000 workers short of where the industry was in February 2020, before widespread shutdowns due to the pandemic led to mass layoffs.

3 ways to use TV in retail settings

WinCo wants shoppers with electric vehicles to charge up and shop