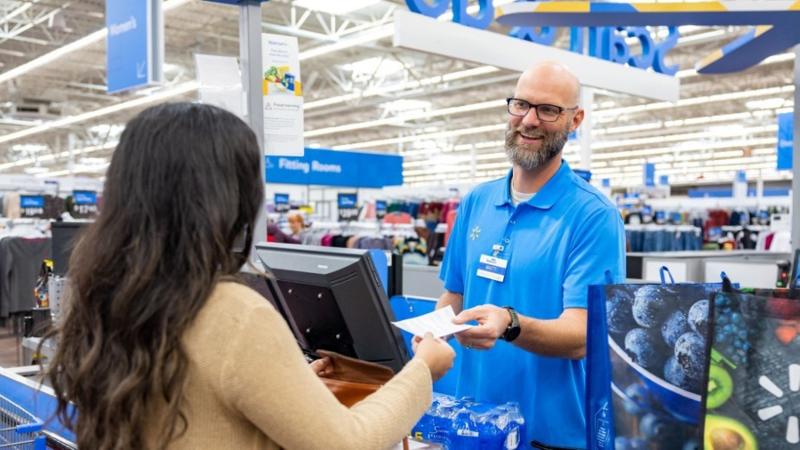 Walmart, the country’s largest grocery retailer, on Tuesday said it will boost average hourly wages to more than $17.50.

That’s about a 50-cent increase from the current average pay of more than $17 an hour, and a more than $3.50 hourly increase since the fall of 2020, a Walmart spokesman told WGB. Walmart's starting minimum wage will be raised from $12 to $14.

The retailer also said it would be increasing regular annual pay bumps for employees, though the company did not provide further details.

The Bentonville, Arkansas-based retail giant has raised pay four times since 2020 for its more than 1.2 million workers, the company said.

The latest pay increases will be reflected in employees’ March 2 paychecks, Walmart said.

“At Walmart, we know our people make the difference,” Walmart President and CEO John Furner said in a letter to all U.S. associates. “And as you continue to focus on your customers, we’re focused on investing in you—our store associates—through higher wages and new opportunities to gain the skills to serve tomorrow’s customers and grow a career with Walmart.”

Walmart on Tuesday also said it would be increasing the pay for some roles at its Auto Care Centers, including a team lead position and a tech position.

"We view the wage increases as a potential near-term drag on margins, but a necessary investment to attract and retain associates," Jeffries said in its report. "In 2015, Walmart announced the first of many rounds of wage investments, and since then, Walmart wage growth has outpaced that of the broader economy most years."

Last February, Minneapolis-based Target Corporation announced a new starting wage range of $15 to $24, saying it would invest up to $300 million in enhanced pay and benefits. Target began paying a starting hourly wage of $15 in 2020.

"Our team is at the heart of our strategy and success, and their energy and resilience keep us at the forefront of meeting the changing needs of our guests year after year," Target Chief Human Resources Officer Melissa Kremer said in a news release in February. "We want all team members to be better off for working at Target, and years of investments in our culture of care, meaningful pay, expanded health care benefits and opportunities for growth have been essential to helping our team members build rewarding careers."

Pay rates in grocery and other service industries have climbed since the pandemic as workers who’d been deemed “essential” began demanding higher pay.

This story has been updated with analyst information.

The Next Revenue Stream: A New Way to Grow the Retail Media Ecosystem