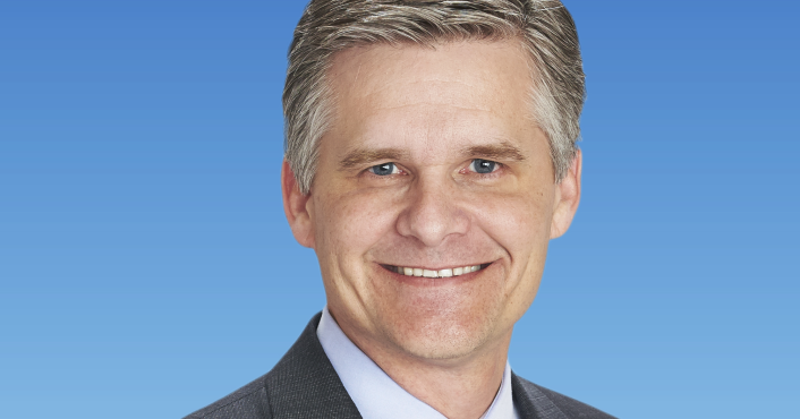 Walmart will name a new CFO in 2022, the company announced Monday.

Current CFO Brett Biggs, who has spent nearly 22 years with the Bentonville, Ark.-based retail giant and served as EVP and finance chief since Dec. 31, 2015, will stay on with Walmart to support the transition. His last day with the company will be Jan. 31, 2023, Walmart said in a news release.

Walmart said it will evaluate internal and external candidates for the role before naming a successor to Biggs sometime next year. After leaving Walmart, which he joined in 2000, Biggs will "begin a new chapter of opportunities in both the for-profit and nonprofit sectors," according to the company.

Walmart President and CEO Doug McMillon said Biggs's "high character and strong leadership have played a central role during one of the most significant periods" in Walmart's history. "His contributions have been a key to the important steps we’ve taken to transform the company on our omni journey," McMillon added.

Earlier this month, Walmart reported strong third-quarter earnings, with U.S. comp sales up 9.2% year over year and transactions up 5.7% over the prior-year period. E-commerce sales in the U.S. accelerated in the three months that ended Oct. 29, as well, climbing 8% in the third quarter of fiscal 2022 after rising 6% in the second quarter. On a two-year stack, U.S. online sales were up 87%.

Speaking at a Baird virtual conference in June, Biggs said that Walmart's investments in efficiency—in the form of advanced automation in distribution centers as well as the opening of store-adjacent microfulfillment centers—are supporting the company in its drive for speed and its commitment to being able to "flex in the way that the customer wants to shop."

"The way we're thinking about capital and putting capital toward omni-fulfillment, omni-technology—that's where we're going as a company, and I feel really good about it," Biggs said at the June event.

That emphasis on efficiency has extended to grocery, where Walmart has seen share gains in the past year amid a push to keep inventories stocked and get fresh items to stores faster. "I feel great about grocery," Biggs further commented at the Baird conference. "It's how we're going to lead with the customer, and that then gives us the ability to sell general merchandise and sell other services."

Speaking in Walmart's news release about his upcoming departure, Biggs said, "Our company has never been stronger, and I believe we’re set up for continued success to serve customers and deliver a retail experience unlike any other company." He added: "Given the tremendous positioning and momentum of the company, now felt like the right time to transition to the next chapter in my personal and professional life."

In a LinkedIn post eight months ago, Biggs reflected on a 2019 trip to Israel with his daughter, commenting on the hope symbolized in the empty tomb the two had visited and expressing hope and optimism in the wake of newly widely available COVID-19 vaccines. "While it has been the most challenging year many of us have ever seen," Biggs wrote, "I see light at the end of tunnel and I hope you do too!"

Faster Than a Speeding App: Walmart Shows Off Text to Shop