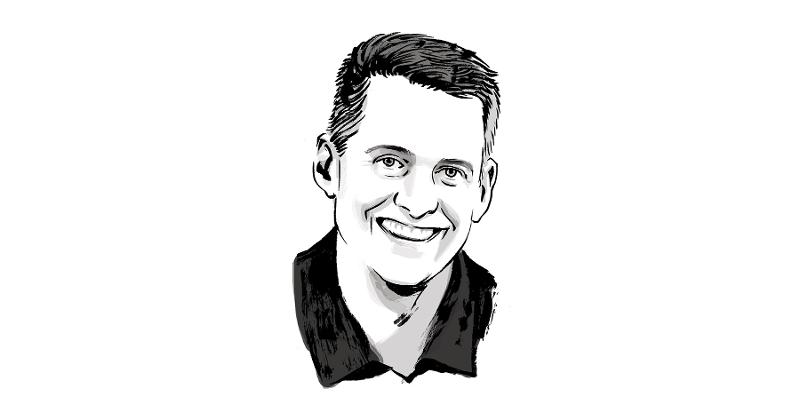 Chris Kline, director of bakery and deli for Schnuck Markets, is also a certified Cicerone who tweets as the @SchnucksBeerGuy.

Jon Springer: You’re the first certified Cicerone in the Breakroom. Can you explain to readers what that means and how that’s useful in your job and/or life?

Chris Kline: A certified Cicerone has demonstrated through rigorous testing a level of mastery in the field of beer. Knowledge of beer styles, brewing techniques, draft systems, food pairings, off flavors, history and many other subjects are all requisites. There is a blind taste-testing portion of the exam that even the most acute palate can struggle with. What a certified Cicerone does with his or her designation varies greatly. Some are draft list curators, brewmasters, beer distributors or retail beer category managers. I was never any of those. For me, it was simply a personal passion for which I wanted to demonstrate my acumen. What I learned about beer in my journey to becoming a certified Cicerone has helped me in my greater understanding of the culinary side of the grocery business.

Whose idea was to start the @SchnucksBeerGuy account? And how, if at all, has it helped the company gain equity as a beer seller?

It was actually my idea right after earning my certification back in 2012. It was something I wanted to do, in addition to writing a weekly blog, in order to communicate with customers. I have worked closely with our director of beverage alcohol, Chris Wong, for more than seven years and have had hours upon hours of conversations with him about our business. Chris is the real expert on selling beer but he definitely has incorporated some of my ideas and insights. We have collaborated to make Schnucks the dominant craft beer retailer in the markets we serve. Using the @SchnucksBeerGuy Twitter handle allowed us to reach our most passionate customers to share many of the cool things we have done with beer, such as our collaborations with local brewers like 4 Hands and Schlafly or the launching of our Fresh Pour growler stations.

It seems like the craft beer drinker wants variety above everything. How do stores balance the need to keep the assortment fresh while also not disappointing shoppers who might not find a product they’ve tried before? You can’t stock everything, right?

Keeping assortments fresh is an ongoing challenge for retailers, distributors and brewers. Even with some of the largest cold beer sets in the industry, Schnucks can’t and won’t stock everything. We have always prided ourselves on curating the best beer sets possible from the massive portfolios that are available to us. We try to sort out the lesser beers so that we can focus on what is truly great. Having a focused beer set allows us to always have the freshest product that is turning fast. Some of the chains that try to carry everything sell some pretty dusty bottles and cans that contain beers past their prime. We won’t do that.

What has Schnucks learned from the Fresh Pour beer stations so far? What would be your advice to other stores considering something similar?

Fresh Pour is an awesome concept, but it has its challenges. Having a knowledgeable staff that can talk beer is critical. Offering a healthy mix of esoteric beers and beloved standards is key as well. You don’t want to be caught with too many slow movers at once, but you also want to be showing a slightly different lineup every day and a totally different lineup every week or so. Fresh Pour won’t work everywhere, but choosing a few destination locations has proven a sound business decision and a competitive differentiator.

What cool things will we see at Schnucks in deli/bakery this year?

Just recently our bakery department did a collaboration project with 4 Hands Brewing. We produced a 4 Hands Chocolate Milk Gooey Butter Cake that was an ode to their winter seasonal staple beer. Gooey Butter Cake is a St. Louis thing and Schnucks happens to have the best one in town. We made a version that tasted just like 4 Hands Chocolate Milk Stout, and they brewed a Belgian white ale with blackberries called Berry White that was meant to be the perfect beer to pair with the cake. It worked out well and was a very cool project. This year our deli department is working on a “beer can” version of our rotisserie chicken that will use the flavor profile from 4 Hands Ripple.

“Paul Goldschmidt” sounds like the name of a 19th century St. Louis beer magnate. How are you feeling about the Cardinals’ chances this year?

We’ve got to get Goldy eating plenty of Mojo Salsa ASAP. It will be back in stores for opening day. If so, we win the pennant.

What do you believe is the coolest thing coming out of the Anheuser-Busch brewery lately?

They have Budweiser powder that we are incorporating into some signature buns for grilling season. I thought that was cool.

The great beer-food pairing nobody talks about is:

Best piece of business advice you’ve been given?

If it ain’t broke, it’s only a matter of time. Fix it now.