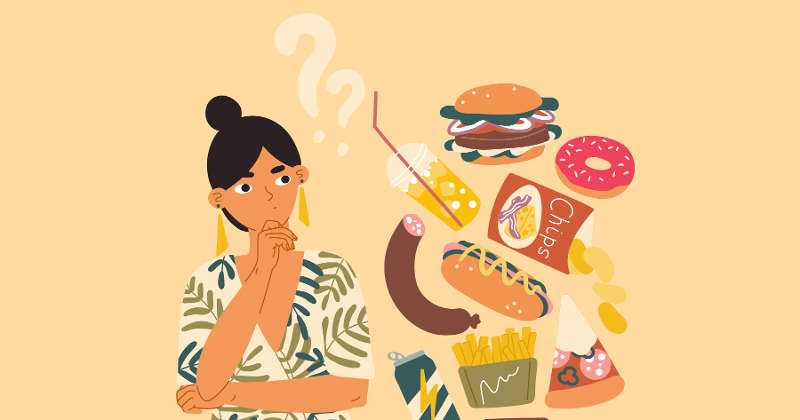 In the past year, consumers have been getting their excitement mostly from their armchairs and that includes the snacks they’re eating.

Across the board, snack sales are up. According to NielsenIQ, dollar sales of salty snacks were up 14% for the year ending Feb. 6, 2021, while sweet snacks were up 11%. Comparatively, the year prior, both snack categories were up 4% and 3%, respectively.

Why the sudden, and massive, jump?

“People are bored,” says Kara Nielsen, director of food and drink for WGSN, a trend forecasting company based in New York City. “People can’t go to restaurants and can’t have the food adventures they used to.”

Adding to that, we’re all home more, needing to feed children meals they once got at school and tired of cooking full meals, so snacking has become a substitute and a comfort.

Since the start of the pandemic, 58% of consumers have been snacking more than they were previously, says Cody Lee, category manager for Bashas’, Chandler, Ariz. “Salty and sweet snacks are up, which many have attributed to additional stress that people are feeling right now,” Lee said.

Snacking is up about 25%, says Dan Glei, EVP of merchandising/marketing for K-VA-T and Food City, Abingdon, Va. Specialty natural chips are up about 30%, though from a smaller base, he says, while meat snacks are doing really well, too.

In fact, 76% of consumers recently told Bellevue, Wash.-based The Hartman Group that they favor salty snacks over sweet.

"It’s salty all day, every day, and it’s not even close."

Salty snacks that are growing fastest right now, according to data company NielsenIQ, are multigrain bars and rice cakes.

“It’s salty all day, every day, and it’s not even close,” says Scott Owen, senior grocery buyer for PCC Community Markets, Seattle. “Our top 10 most popular snacks are all salty, and it’s not until you dig below that, that a kettle corn item hits the list.”

Today’s consumers are looking for many things from their snacks, and it’s much more than a hit of salty or sweet.

They’re also looking for both healthy snacks and more indulgent products, says Glei. Sometimes it’s the same consumer meeting different needs at different times, or it’s different people in the same household. “We all appreciate a bit of variety,” he says.

Aside from low-sugar, other attributes consumers are looking for in their snacks are gluten-free, high protein, low in allergens, plant-based or dairy-free, says Chris Carrado, category manager of snacks for Giant Food, Landover, Md. 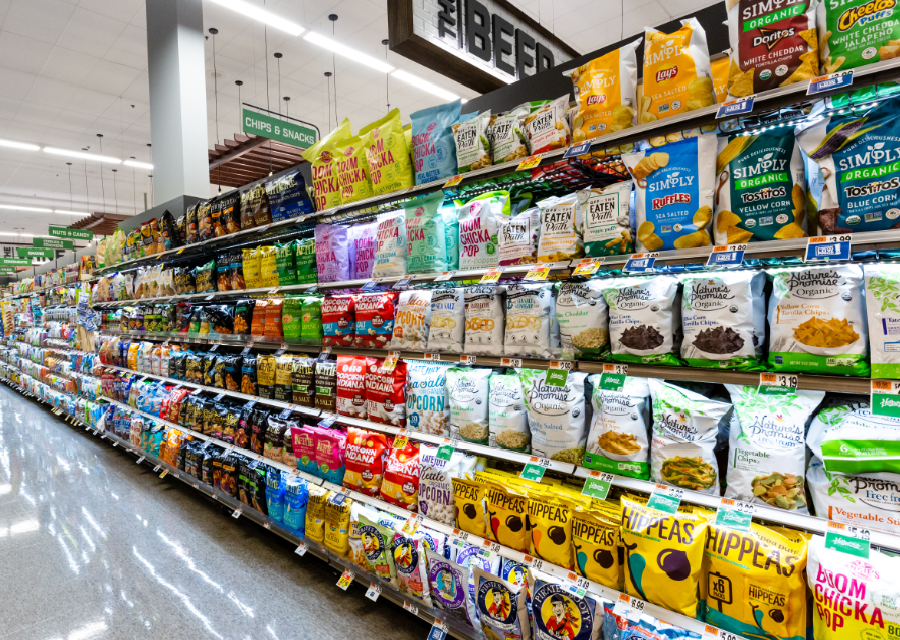 Richard Tarlov, owner of Canyon Market in San Francisco, is seeing “more creative and healthy snacks,” such as those touting paleo-friendly or containing roots and seeds.

And when it comes to chocolate, flavored varieties and single-origin bars are winners right now. “Some of these things are incredibly expensive, like $11 for a bar, and they’re selling,” he says. “A lot of folks are bored and have a little extra money.”

Given consumer demand for nibbles that offer more than between-meal sustenance, it’s important to let customers know about a snack’s attributes and to make it obvious. “What consumers want more than anything is some kind of shorthand [on packages],” says Melissa Abbott, VP of retainer services for The Hartman Group. By and large, they’re purchasing based on the front of the package, so if a package says “keto” they know it’s probably going to have less sugar and be better for them, she says.

RW Garcia produces tortilla chips and crackers that are gluten-free and clearly states that on its packaging. The Las Vegas-based company saw 30% year-over-year growth in retail sales in 2020, due to the pandemic, says VP of Marketing Genelle Chetcuti, with the favorite SKU being sweet potato crackers.

But it’s going beyond gluten-free and offering up some excitement, too. “We’re primarily focused on gluten-free snacks and we love inclusions like beets and kale,” Chetcuti says. “They’re about transforming the traditional snack into something new and unique.”

Tarlov has seen a huge increase in the number of small brands vying for product space in his store. “We’re getting clobbered with requests,” he says, adding that he’s been bringing in more small producers, especially if they’re local.

Since his customers are mostly stuck at home, he says, “anything new we bring in sells really quickly. We need to be nimble.”

Tarlov keeps a big chart on his office door where his employees write customer requests. Buyers then refer to it when looking for products to introduce.

Greenwich, Conn.-based GoodSam, which launched in November in e-commerce retailer Thrive Market, is a new spinoff from Beyond Brands that offers three chocolate bars, three types of chocolate-coated nuts and chocolate baking chips, all with allulose instead of sugar.

But the company’s not just appealing with its no-added-sugar promise. It also promotes regenerative agriculture, is non-GMO, organic, and uses direct trade with farmers. “We’re good for farmers, good for you, and good for the planet,” says CEO and Co-Founder Heather Terry.

PCC has seen “a good deal of increasing interest from small snack brands, but only one—so far—has been local,” Owen says. “SpudLove chips we brought in because they were organic, and the fact that they’re also local just put the salt on top.”

Smaller brands are really appealing to consumers, says Abbott of The Hartman Group. “Can the big brands really deliver what the consumer aspires to? There’s a trust factor in there and there’s more integrity behind the smaller and mid-size brands, so [consumers] want to support them,” she says.

"People are trying to bring some excitement into their home."

Nielsen of WGSN feels consumers are keen to economically support their own community and products, especially, she says, since many consumers have more disposable income right now. “People are trying to bring some excitement into their home,” she says.

Glei of K-VA-T and Food City merchandises chips “wherever you can think of. Snacks, candy, cookies, are marketed aggressively in aisle, out of aisle, with anything they have affinities to,” he says.

PCC positions single-serve bags of chips in the deli for impulse sales with lunch and sandwich purchases. “We often have single-serve on the way to the check stands,” says Owen. “Positioning is everything when targeting impulse purchases.”

Having products featured on endcaps is always a great way to get noticed, though securing the space can be challenging, says Matt Figley, EVP of Primary Colors, a candy company in Ashland, Ohio, that sells licensed treats. “Most of our items are generally located in center store; however, we always look to get out of aisle placement when able, to help drive impulse purchases and incremental sales.”

Cross-merchandising opportunities are “always important” for snacks, says Lee of Bashas’. It comes down to “where customers are picking up other important meal items like deli counters, cooler toppers [near registers] and check lanes,” he says. “We utilize aisle stacks and full ends branded racking to support promotions. We also focus on the club pack aisle and lunch box sections as areas of opportunity for these items.”