A quick glance at sales data for the dairy milk category might not instill confidence that it will be a winner in-store. But looking at dollar sales and percent changes for milk in the United States’ multiunit channel in isolation doesn’t tell the whole—or the whole milk—story.

“Dairy milk is down significantly—about $193 million—and plant-based products are up,” says John Crawford, VP of client insights, dairy, for Chicago-based IRI. However, as Crawford points out, 94% of consumers buy dairy milk compared with 42% who buy alternative milk products. “The bright spot is that whole milk is trending positively.”

Just what is driving consumers to the dairy case—at least where milk is concerned? “As with many other food categories, dairy is seeing three common macro trends emerging: health, convenience and indulgence,” says Tony Sarsam, CEO of Borden Dairy, Dallas.

Those three trends, says Crawford, are among the factors drawing shoppers to whole milk. “Whole milk is up 2.6%, or $109 million, while skim and low-fat are down 4.7% or about $317 million,” he says. “Whole milk is driving milk sales.”

What’s Behind Gains in Whole Milk?

“For the past three to four years, we’ve seen across the store—and particularly with dairy—that ‘fat is back,’” says Crawford, who attributes it, at least in part, to a shift in the mindset of consumers, who are turning away from diet foods and embracing nutrient-dense products.

“It started with yogurt, which was formerly a diet food that was high in sugar and low in fat. But then Chobani flipped it,” he says. “Now yogurt is a nutrient-dense category, and that is what is happening with dairy as a whole.” 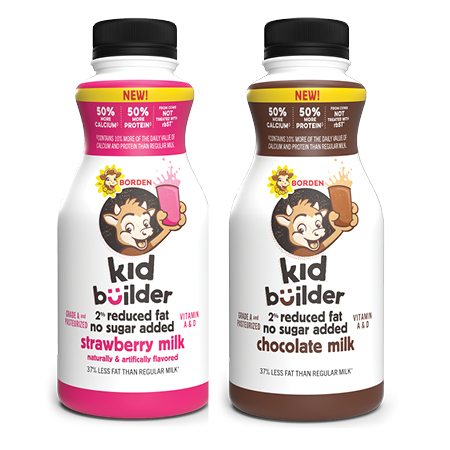 There’s also the concept of “permissive indulgences,” which allows consumers to “get the full value and enjoyment out of it,” Crawford says.

Borden also is seeing positives in the category. “We are excited that flavored milk, lactose-free milk and whole milk have all seen significant increases in consumption,” Sarsam says. “Additionally, consumption among children ages 2 to 8 has increased to its highest point in the past three years.”

Responding to that trend, Borden recently launched Kid Builder, a 2% reduced-fat, no-sugar-added milk in strawberry and chocolate flavors that contains extra calcium and 13 grams of protein per serving. Sarsam predicts that Kid Builder “is going to be the new after-school snack hero.”

With all of the talk of alternative milk products, and with myriad new products hitting the market in response, what’s a grocery retailer to do where dairy milk is concerned?

“Grocery retailers have gone too far in chasing growth in milk and yogurt specifically—they’ve seen growth pockets and segments and added products to their shelf space,” he says. “In-store it is almost one to one—dairy milk to alternatives—as far as shelf space goes. But that is not a good proposition for retailers.”

That’s because putting several types of alternative products, such as almond milk and soy milk, in the dairy case takes space away from dairy milk items.

“The pendulum is swinging too far, and now stores are out of stock on many items. They’re losing sales because they’re out of stock on 2% milk and only have almond milk left,” Crawford says. “It is great to have plant-based products, but those are not offsetting losses.”

That doesn’t mean ignoring what’s different or new. To that end, Crawford cites Live Real Farms’ new Dairy Plus Milk Blends, a line of fresh milk and plant-blended beverages, as one example.

The company launched a 50% dairy, 50% almond milk product for consumers who want to “add plants to their diet but not all the way,” he says. “That [kind of product] has the potential to stem losses on milk.” But can they capture half of those losses with it?

Fueled by increased investment in national distribution growth and expanded relationships with grocers, The a2 Milk Co. posted record U.S. sales of $23.2 million for the fiscal year ending June 30. The sales gain represents a 160% increase for the company, which has U.S. headquarters in Boulder, Colo. Founded in New Zealand in 2000, a2 Milk also posted record financial results companywide, with total revenue for the fiscal year up 41.4% to $1.3 billion.

Blake Waltrip, CEO of the U.S. region for a2 Milk, said the company continues “to invest aggressively in growth to take advantage of the expanding popularity of our unique and innovative products among American grocers and consumers nationwide.” To solidify its “first-mover advantage” across the soaring market segment, Waltrip said a2 Milk will continue to increase its levels of brand investment “to build awareness, expand sales velocity and spur overall growth.” 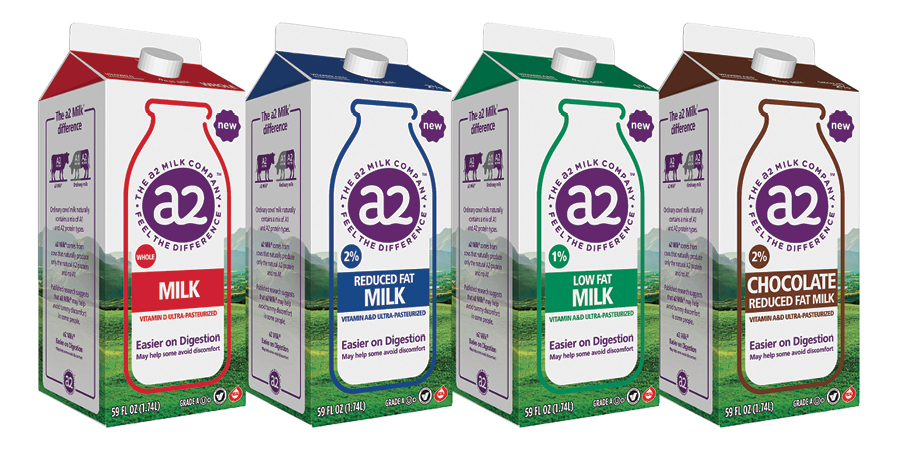 Photograph courtesy of The a2 milk co.

By the close of its fiscal year, a2 Milk had expanded its U.S. network by 118% to more than 13,100 stores, including the recently added Albertsons-owned Vons stores in Southern California, as well as select Costco and Walmart locations, Ahold, Albertsons, Food Lion, The Fresh Market, H-E-B, Kroger, Market Basket, Meijer, Publix, ShopRite, Sprouts, Target, Wegmans and Whole Foods Market.