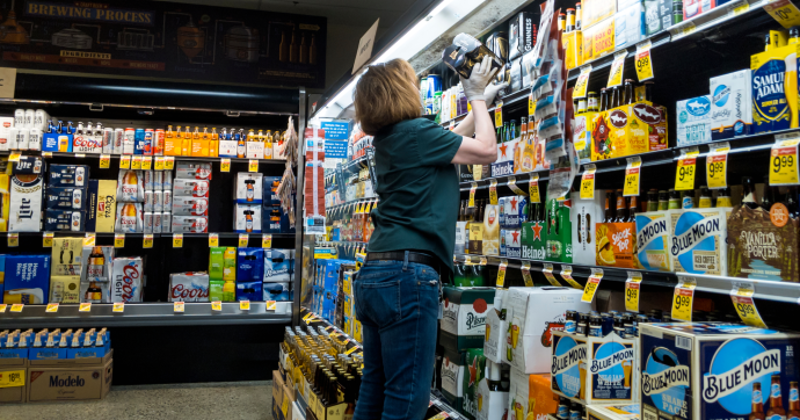 David Gottlieb is chief revenue officer for Israel-based retail tech company Trax, which specializes in using computer vision technologies—on both fixed cameras and mobile robots—to provide real-time inventory data from store shelves. The company works with some 150 retailers and CPG manufacturers worldwide, and in April, Trax completed a $640 million Series E funding round. The company is eyeing a growing market for tools to help grocers manage inventory—and labor—more efficiently as pressures on both accelerate.

Gottlieb spoke this week with Winsight Grocery Business about the opportunities he sees for stores themselves to evolve in 2022 amid shifting consumer buying patterns and a heightened interest in the in-store experience.

How does grocery retail in 2022 need to continue to evolve, and what points of friction can retailers better address on the store floor?

Grocery retailers are plagued by a bunch of factors right now that in combination are really hard to manage. The first is you have shoppers who are returning to stores in relatively uneven patterns—I think that’s a change they’re constantly battling with. The second is ... most retailers and, therefore, most shoppers have dramatically accelerated their engagement with alternative ways to shop—direct-to-consumer; buy online, pickup in-store; even home delivery. I think that these things are not going to continue to accelerate at the same pace, but I think we’re going to see a normalizing of [those patterns].

If you think about the way we shop, there are things that are really easy and natural to buy on almost an auto-replenishment basis. Think about your dry groceries, the things that are on your list every week: I think we’re going to see a continued progression toward those being easier to automate from a shopper and a retailer perspective. That means the center store can look a lot different than it looks today. And what I think can happen on the flip side of that is, how do you continue to engage shoppers?

I think shoppers will continue to come to stores for the perimeter—for the fresh, the meat and the produce—and I think it’s going to create an opportunity for retailers to really focus on what sort of experience they can create for shoppers with the additional space that becomes available because of the shift to e-commerce for some center-store categories. We’re seeing some really good examples of that—I was hearing a presentation a little while back where a retailer in North Carolina was using some of that space that they freed up to do a beer-tasting kiosk, and they have a beer expert in store. Because of the variety in that category, it makes sense that they take advantage of the fact that they have that shopper who wants to learn; they can create that elevated experience. I think we’re going to see that in ways we haven’t imagined yet.

"Think about your dry groceries, the things that are on your list every week: I think we’re going to see a continued progression toward those being easier to automate from a shopper and a retailer perspective."

That’s interesting, too, from the perspective of the opportunity for more localization. If you’re looking at the strong craft-beer market in North Carolina, and then how similar opportunities can play out in hubs for different products across the country …

Trax touts its inventory management technologies as a tool to help retailers manage labor more efficiently at a time when many grocers and other retail outlets are struggling with staff shortages. How does that play out?

I think there are two dimensions to it. One is sort of the obvious efficiency dimension, which is to say if you look at the way retail labor is deployed, especially in grocery, only a small percentage of the time is spent helping customers or engaging with people in a way that drives value for shoppers. A lot of the time is spent doing very mechanical tasks like walking the aisle and looking for all of the items that may have gone out of stock during that shift so that they can go replenish them from the back room.

One of the benefits of technology like Trax is we can take that sort of lower-value execution effort and automate it. So instead of walking the aisles and looking for the items that are missing, retailers can have at a moment in time a point of view driven by data that says, “OK, here are all of the items that are either missing from the shelf, or they’re in the wrong location, or they’re not faced properly.”

By doing that, you still have to have somebody actually go and replenish it, but you can avoid time spent figuring out where the problems are, and you can also avoid time spent trying to fix problems that aren’t fixable at that moment in time, because you can be relatively prescriptive. If I say there are 25 items missing from cereal, I might know that only five of those have backstocks, so don’t go sending somebody to look for the other 20. In that way, Trax and other automation technologies can help retailers get some labor operating leverage—you can do more with fewer people.

I think it’s a really hard time for retailers ... the labor situation does not appear to be improving. It’s not super clear the “why” behind that, but the symptoms are really clear. There are almost a million open jobs just in retail right now across the U.S. There seems to be a reluctance to sort of engage from a Gen Z and hourly worker perspective. They’re just fundamentally less satisfied than they maybe were before with jobs like these retail jobs represent for them, which I think is a real challenge for the industry.

[So] the other dimension that’s maybe less clinical but more emotional is that workforce [on the grocery floor], these are younger workers; they’ve grown up with technology and are quite savvy in using it; and if you look at the way that most retailers operate their businesses, you’re basically putting those people into roles where they don’t have the opportunity to use interesting technology, and it’s relatively old-school in the way that those processes work today. One of the side benefits of putting cool technology into stores and putting it into the hands of associates is it really meets them where they live and makes these jobs theoretically more engaging and hopefully more attractive to that same population that we’re having a hard time getting into those roles.