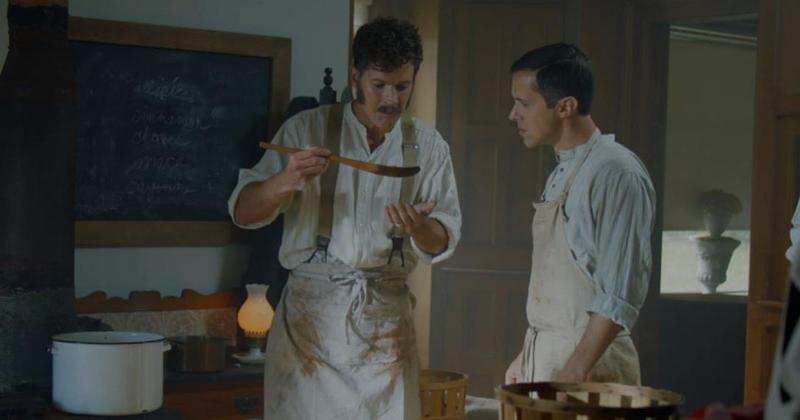 In the days leading up to Grocery Manufacturers Association’s (GMA) annual Leadership Forum, held earlier this month at the Broadmoor in Colorado Springs, Colo., I channel-surfed my way by happenstance upon the History channel’s latest miniseries, “The Food That Built America.”

Juxtaposed against GMA’s ongoing transformation to reclaim relevancy and the powerful narratives of the nation’s larger-than-life visionary food makers, I couldn’t help but find the timing of the leadership forum—which had long served as the premier event for CPG brand leaders—and the 120-minute, three-part series to be strangely coincidental from a then vs. now standpoint.

Pardon the soggy pun, but it’s not a stretch to describe the miniseries as a genuine “cereal drama” in view of the fascinating and largely heretofore unknown backstories behind some of the nation’s most notorious food makers, including Michigan-based brothers John and Will Kellogg; the prides of Pennsylvania, Henry J. Heinz and Milton Hershey; Minneapolis-based father and daughter C.W. and Marjorie Post; Atlanta-based pharmacist and businessman John Pemberton and Asa Candler, respectively; Clarence Birdseye; father and son compadres Frank and Forrest Mars; hamburger moguls Dick and Mac McDonald; and the original celebrity chef, Colonel Harland Sanders.

Before their iconic brands became household names, these brilliant, dogged—and sometimes ruthless and stubborn—tinkerers revolutionized the art of making, selling, branding and marketing food for the masses, who responded vigorously to the companies’ promise of products that are wholesome, nutritious, safe and tasty. In the process, these uber-entrepreneurs took big, bold risks in all sorts of ways, such as investing in bold new technologies, top talent, front-line team building and proprietary patents for equipment and manufacturing processes. The nation’s foundational food makers were also prescient in rapidly jumping aboard the expanding transcontinental railroad to chart the early framework for a more efficient and effective distribution network. 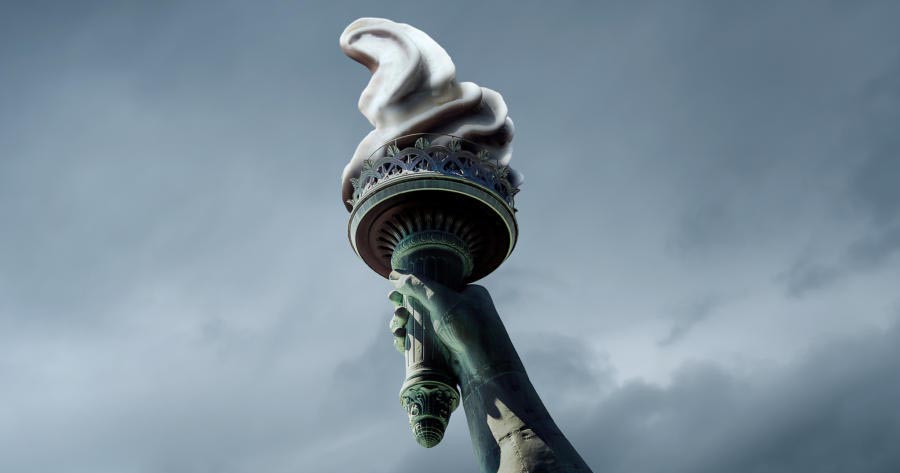 The History channel’s peek behind the curtain of the pioneers—who collectively constructed the fabric of America’s CPG industry beginning in the late 1800s through the early 1900s—is peppered between reenactment scenes with insightful commentaries from a range of historians, chefs and food writers who describe how the American food industry developed and matured.

At the heart of the food makers who built America (as opposed to merely the food alone) was a prevailing spirit of discovery that led to the invention of some of the most important processes of all time, such as mass production, continuous flow and a slew of other happy accidents that not only inspired a domino effect of innovation in a host of other industries but also simultaneously changed every aspect of American life.

Meanwhile, back at the GMA Leadership Forum, the History channel miniseries was a hot topic with a handful of attendees I networked with, including Thom Blischok, chairman and CEO of Phoenix-based The Dialogic Group, who was impressed by “the fascinating stories about the innovation and guts of the pioneers of today’s food and beverage industry. These entrepreneurs took significant risks in bringing America’s food industry mainline. They changed the way consumers ate and prepared meals and created new eating regimens, like breakfast foods and fast-food meals. Their ideas invented new ways of eating and set the stage for all of today’s innovation in CPG.”

I wholeheartedly second Blischok’s emotion when he declares the miniseries “must-see TV for anyone in the grocery business today.” To be sure, the lessons of the food industry’s forefathers underscore the same traits needed of next-generation food makers, who must continue to harness imagination, inquisitiveness and the will to achieve differentiation in food production, marketing and merchandising in the age of unified commerce.

I’ll leave you with but one more gem I gained from the series: There were never 57 varieties. Heinz just liked the way the number looked.