Campbell Soup Co. CEO Denise Morrison, an outspoken advocate of transforming the legacy CPG brand into the kind of disruptor responsible for the industry's own troubles, abruptly resigned Friday amid a disappointing quarterly financial report.

Keith McLoughlin, 61, a Campbell board member since 2016, has been named interim CEO effective immediately. The Camden, N.J.-based company said McLoughlin will remain a member of Campbell’s board to facilitate an orderly transition in management while COO Luca Mignini will focus on the integration of Snyder’s-Lance and Pacific Foods while stabilizing the company’s U.S. soup business.

Mignini was promoted to COO in a strategic repositioning announced last month. 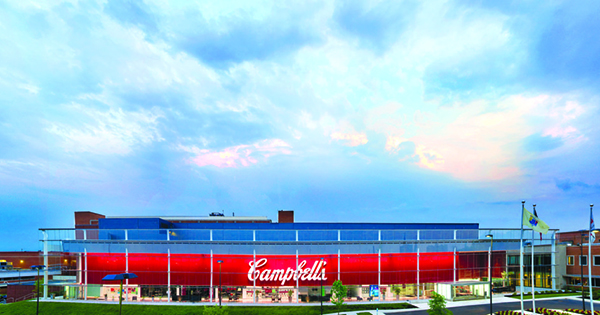 Morrison had worked for Campbell’s for 15 years, including the last seven as CEO, leading the company through a tumultuous period for so-called “big food” brands that have been rejected by younger and health-conscious food shoppers, and have lost ground at retail to private label and convenience-focused foods. In addition to recrafting Campbell’s portfolio and formulations around better-for-you foods, Morrison took care to address its reputation; for example, he said Campbell’s would comply with onerous GMO-labeling regulations instead of fighting them like many of its CPG peers. That stance led to Campbell’s high-profile resignation from the Grocery Manufacturers Association.

Morrison also announced initiatives to remove all artificial colors and flavors from its foods, and BPAs from its can liners.

Under Morrison, Campbell’s also tangled with retailers such as Walmart, which discontinued a promotional program last year after being unable to come to terms on a joint business plan, in turn leading to a deep decline in soup sales over the winter.

“Denise has been a passionate advocate and leader over her 15 years with the company. She has made many important contributions over the past seven years as chief executive officer to reposition Campbell in the rapidly changing food industry,” said Campbell’s Chairman Les Vinney. “Denise has been able to significantly transform Campbell’s portfolio into the faster-growing snacking category with the acquisition of Snyder’s-Lance and increased the company’s focus on health and well-being with brands like Pacific Foods. Her actions have helped to enhance the long-term growth potential of Campbell. On behalf of the board, I want to thank Denise for her dedicated service and wish her the best.” 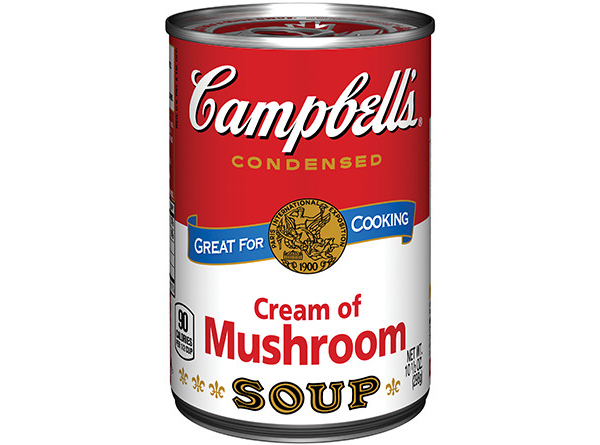 Morrison, however, was unable to steer Campbell’s to expected results. Her resignation came as the company said profits in its fiscal third quarter came well under expectations, leading to a tempered financial outlook for the fiscal year. CFO Anthony DiSilvestro in a statement said Campbell’s was “not satisfied with our financial results,” and said the company would undertake a strategic review evaluating “all aspects of our strategic plans and portfolio composition.”

“Our performance has been impacted by both execution-related and external challenges.” he said. “We are addressing these challenges with renewed urgency.”

For the quarter ending April 29, Campell’s posted an EBIT loss of $475 million impacted by a $619 impairment charge related to its struggling Campbell Fresh segment. Net sales improved by 15% on the Snyder’s-Lance and Pacific acquisitions, but gross margin sunk from 35.9% to 29.1%, primarily driven by cost inflation, rising supply chain costs and higher promotional spending, and partly offset by productivity improvements and internal cost reductions.

By segment, Campbell’s Simple Meals and Beverages group increased sales by 5% to $1 billion on the Pacific Foods acquisition, but saw organic sales fall by 2%, led by declines in the V8 brand. Excluding Pacific, soup sales fell by 1%. Operating earnings in the group were down by 3% on lower margins.

The Global Biscuits and Snacks division showed a 1% organic sales increase behind Pepperidge Farm, and a 35% overall sales increase to $862 million on newly acquired Snyder’s-Lance snacks. The Synder acquisition also sparked a 23% rise in operating earnings for the unit.

Campbell Fresh sales increased by 1% to $251 million on a rise in refrigerated soup, but showed a $19 million loss on higher expenses for ingredients, transportation and logistics.

Campbell’s reset its 2018 sales and earnings guidance on the Snyder’s-Lance acquisition. It now expects annual earnings per share to decline between 5% and 6% vs. previous expectations of a 1% to 3% decline. It expects sales to increase by 10% to 11%, vs. a previous a flat-to-1% guidance.