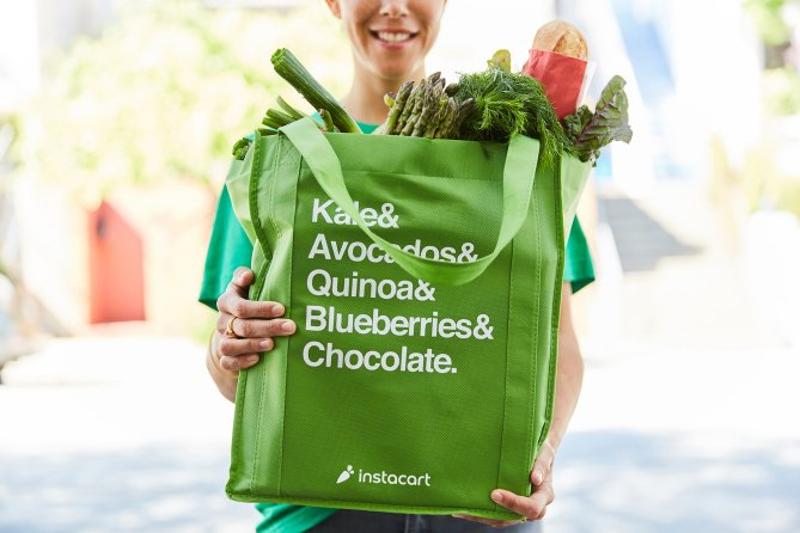 Instacart is putting its advertising muscle—and as much as $1 million—behind supporting women-owned CPG brands.

The San Francisco-based company announced March 3 that through an expansion of its Instacart Ads Initiative, it will offer eligible brands free advertising credits to use on the Instacart Marketplace to expand their reach and get in front of more online grocery shoppers. The move is meant to give emerging women-owned brands "the opportunity to reach a broader audience in the digital aisles with prominent advertising placement among millions of items available from the more than 700 national, regional and local retailers featured on the Instacart Marketplace," the company stated. More than 5,000 CPG brands currently advertise with Instacart, according to the company.

The Instacart Ads Initiative launched in 2021 with an initial $1 million commitment to support Black-owned CPG brands; that program—an outgrowth of Instacart's Diversity, Equity, and Belonging commitment—continues this year, the company stated. Instacart's announcement of its second wave of advertising support comes during Women's History Month and ahead of International Women's Day on Tuesday, March 8. Last July, former Facebook executive Fidji Simo took the helm at Instacart as company founder Apoorva Mehta, who had invited Simo to join Instacart's board at the beginning of the year, stepped aside as CEO.

"With our Ads Initiative, we are supporting emerging brands by providing onboarding support, sharing campaign optimization best practices, and offering the opportunity to connect with and inspire new and existing customers on Instacart," Instacart head of advertising products Ali Miller said in a statement. "Our goal is to continue to identify and amplify more women entrepreneurs and brands with Instacart Ads to help them drive discovery and business growth."

The online grocery category saw stronger growth than e-commerce overall in 2021, analytics platform 1010data reported in January, with Instacart itself seeing outsized growth of 14% year over year, compared with a grocery average of 8%. 1010data said that shelf-stable foods and beverages are driving increased sales in the category

The company's three launch partners for the second wave of the initiative are Three Wishes Cereal, Twrl Milk Tea and Sweet Loren's. Twrl's co-founders said they were eager to be part of the effort to amplify women-owned brands and were looking forward to take advantage of the advertising support to introduce more Instacart shoppers to their plant-based version of traditional milk tea.

"We're excited to share the flavors of our culture in a format that resonates with our values, without compromising health," said Twrl co-founder and CMO Olivia Chen, a Taiwanese American. "One of our priorities at Twrl Milk Tea is a commitment to supporting our community, especially AAPI and women-centered groups. We're so excited to join Instacart in this initiative to lift up women-owned brands across the industry."

Brands interested in participating in the program can apply at https://ads.instacart.com/.