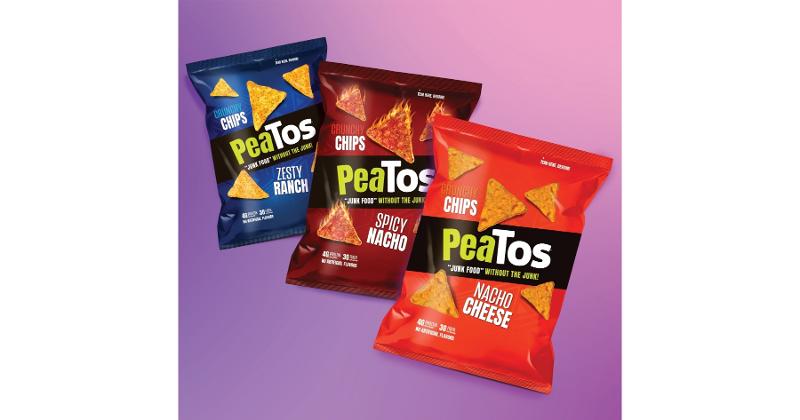 Los Angeles-based parent company Snack It Forward said this week it was releasing three styles of tortilla-style chips under its Peatos brand with a mission to “to disrupt America’s pantry and redefine America’s go-to snack choice.”

Snack It Forward founder and CEO Nick Desai has made no secret of the mainstream CPG brands to which consumers should compare its products. Peatos’ existing curls and rings, which he describes as healthier alternatives made of pea protein and natural ingredients, take on Frito-Lay’s corn-based Cheetos and Funyun brands, respectively.

In a LinkedIn post, Desai said, “We are going after Doritos with this latest launch and while it is a lot like the flea on the proverbial elephant’s butt, you have to start somewhere.”

The new items include Nacho Cheese, Zesty Ranch and a vegan Fiery Nacho.

Peatos is available in over 4,700 retailers.