Sales of pumpkin-flavored products hit an all-time high in late August, and retailers are joining in on the trend by introducing festive, seasonal private label items in the coveted flavor.

Annual sales of "pumpkin" flavored products, meaning items that have the word "pumpkin" on the packaging, reached $488.8 million in the 52 weeks ended Aug. 25,2018,  a 15.5% growth from the year before and an all-time high for the past five years, according to data from Nielsen.

Nielsen's research also implies that consumers are looking for pumpkin used in new and interesting ways. For example, for the 12 months ended Aug. 25, pumpkin-flavored dog food grew by a whopping 123.7% compared to the same time last year, while pumpkin-flavored pie filling dipped by 1%. 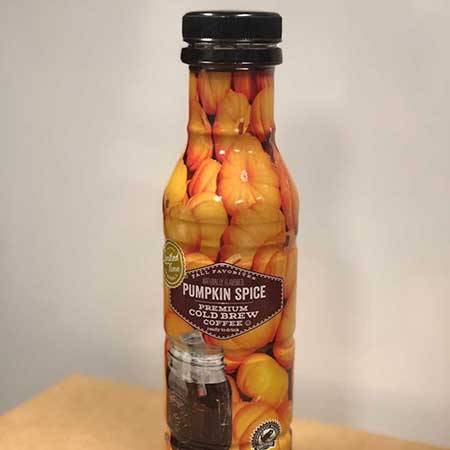 Additionally, Target's exclusive brand Archer Farms brought out some seasonal pumpkin-flavored products such as pumpkin spice quick bread and eggnog. The retailer said that other fall flavors such as maple and apple cinnamon are popular with its customers, and it offers items such as almond toffee coffee and maple sugar cookies in response.

On the other hand, Nielsen data shows flavors such as maple ($26 million) and cinnamon ($50 million) had not climbed above the norm for the 12 weeks prior to the week ending Aug. 25.