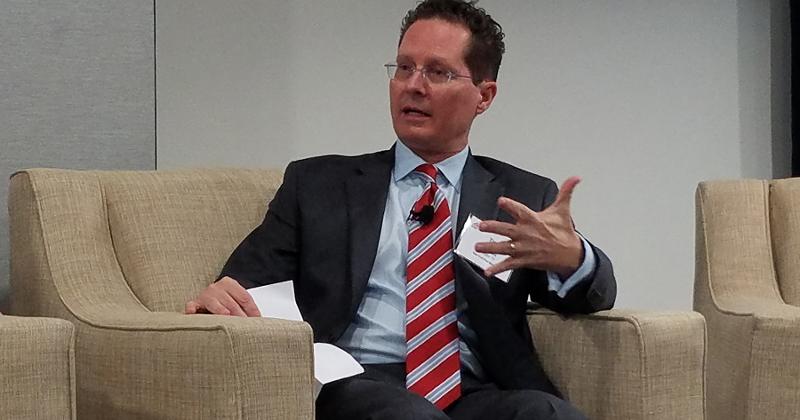 While the ongoing shift to online shopping and rapid expansion of new formats is bringing unprecedented challenges to the U.S. supermarket industry, food stores and their landlords that are willing to work creatively can also find opportunities amid the chaos to change for the better.

That was the message from a panel of retail and real estate experts speaking Tuesday at the International Council of Shopping Centers in New York. The ICSC is a trade association representing retail real estate professionals.

Tim Baker, regional VP of real estate for Albertsons LLC, acknowledged that evolving retail and consumer habits—coming on top of an extended period of price deflation—has made for a “rocky” landscape for traditional food retailers like Albertsons, “but it’s also a time of opportunity.”

He described Albertsons as focused on emphasizing service to differentiate itself from price players and virtual competitors while expanding its own e-commerce elements. Relatively strong market shares better insulate it from weaker players amid those threats.

“Whether it comes from a competitor opening a half-mile away or on the internet, what happens [when new competitors arrive] is that we take a hit. We take negative IDs,” Baker said. “But when we take a hit, everyone else in the market takes the same hit, so the weakest players feel it the most. What we like to say is if you can hit someone for 20%, they'll give you the other 80% because they can't survive it.”

Baker was also careful to keep threats in perspective. “It's not like today is an inflection point, and tomorrow everything's going to be online,” he said. “What we anticipate is a melding of the past with the future.”

Chris Pine, SVP of the mall developer General Growth Properties, said he was optimistic about the possibilities of food stores evolving by moving beyond traditional real estate locations and co-tenancies. That requires cooperation from property owners and tenants.

“We did a Wegmans in Natick, [Mass.,] in a three-story JC Penney building with no surface parking, ramp access and two connections to a mall, which is as far away from the traditional prototype as you can get,” he said.

Pine argued that grocery retailers should also consider aligning with competitors in centers that could benefit from combined massive draws.

“I want to see a Target, a Whole Foods, a Trader Joes and a Costco in one center. Can you imagine the power of that? I like the idea of an additive, complementary grocery lineup," he said. “I know it would cause some heartburn in discussions, but I like the idea of everybody coming to one place.”