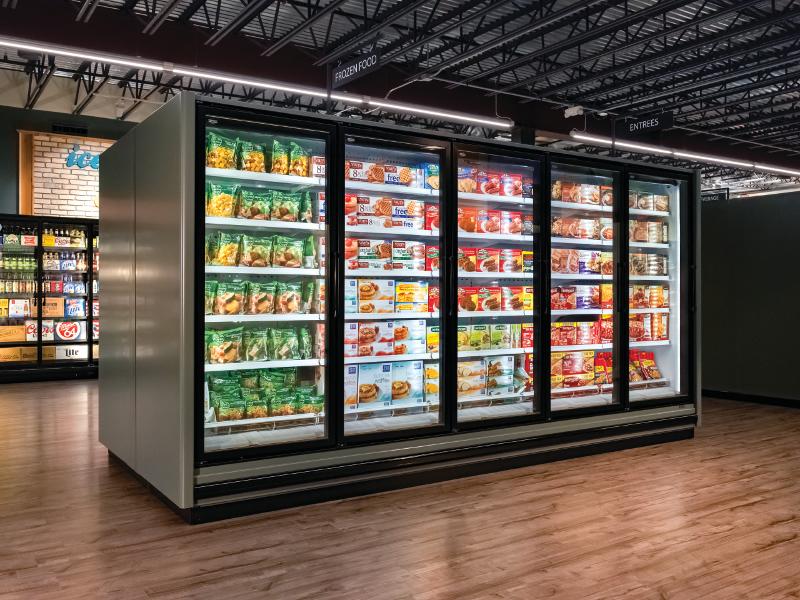 Refrigerated display cases are used by food retailers for display of refrigerated food products, frozen food and ice cream. These cases are vital for keeping food fresh and safe to consume, but they also account for the majority of energy consumption in supermarkets, according to officials.

“The Highlight Merchandiser represents the embodiment of the Zero Zone commitment to energy efficiency and continuous improvement,” says Carl Petersen, marketing and advertising manager for Zero Zone. “The Highlight concept really began as a focused attempt to improve upon what had become a standard in supermarkets: the Zero Zone Evolution line of freezer and cooler cases. The Evolution cases were well known for their rugged dependability and merchandising attributes. So, improving upon an accepted classic was a big challenge.”

In keeping with other Zero Zone product lines, the company’s first goal was to minimize the case itself in order to maximize the visual impact of retailers’ products. Thus, it opened up the merchandising space even further with a five-inch taller glass door. Next, the engineering team strengthened the case structure and, by mounting the doors directly onto the face of the case, was able to reduce the energy consumption of the case by a significant margin.

In addition to the Highlight Merchandiser line, Zero Zone also provides customers with its premium line of Crystal Merchandiser coolers and freezers, and a new line of open multi-decks, the Reveal Merchandiser.