Aldi US is quietly testing a new layout featuring a fresh bakery section along with a new design that moves fresh produce to the first aisle, sources told Winsight Grocery Business. 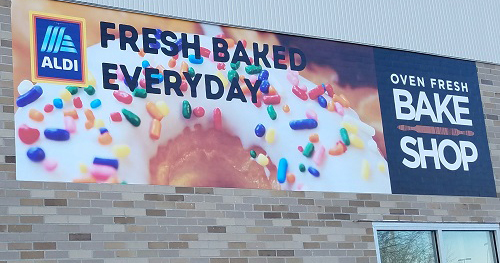 The changes have taken place at a remodeled Aldi store that reopened in late November near its corporate headquarters in Batavia, Ill., and resembles the self-serve fresh bakery departments the chain operates at some locations in Europe, as well as those introduced by its German hard-discount rival, Lidl, at its first U.S. stores.

The changes could position the hard-discounter to win a greater share of its customers’ overall shopping budget, and represent a heightened threat to conventional competitors that differentiate on fresh.

“It was only a matter of time before Aldi would match Lidl’s in-store bakery concept on the East Coast,” Bill Bishop, chief architect at Brick Meets Click, wrote in a blog post detailing a recent visit to the new store. “Based on the popularity of this bakery, it seems quite likely that more will be added in remodeled Aldi stores as space permits.”

Liz Ruggles, a spokesperson for Aldi, in a statement to WGB said the retailer has been experimenting with in-store bakeries in select locations for about a year, although she did not indicate the number of stores or their locations. "We’re continually testing new and exciting items to make grocery shopping smart, fast, easy and affordable," she said.

Almost a year ago, Aldi announced a $1.6 billion commitment to upgrade nearly its entire existing store fleet, adding additional space for fresh items; raising ceilings and allowing more natural light for a brighter feel; and upgrading decor and fixtures. Yet its renovated and new stores have not included a bakery until now; most have featured a first aisle consisting of packaged goods, with fresh foods in the center and rear of the store. It was not immediately clear whether the design would be replicated at additional stores. 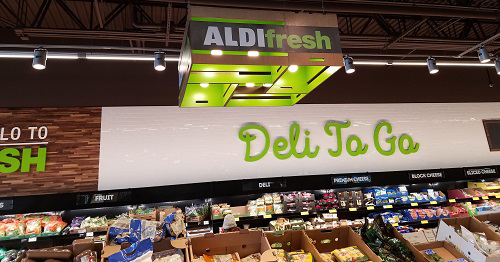 According to Bishop, customers entering the Batavia remodel are greeted with an organic produce display, which continues along the first aisle of the store that also includes refrigerated deli products. The bakery, like those at Lidl, is stocked from a production area through windows for customers to bag themselves. Available items include breads, rolls, donuts, croissants and pretzels, Bishop said.

“Aldi’s emphasis on fresh represents a direct attack on the fresh perimeter departments where sales are growing and grocers have traditionally differentiated themselves from competition,” he said.

This story has been updated with comment from Aldi.