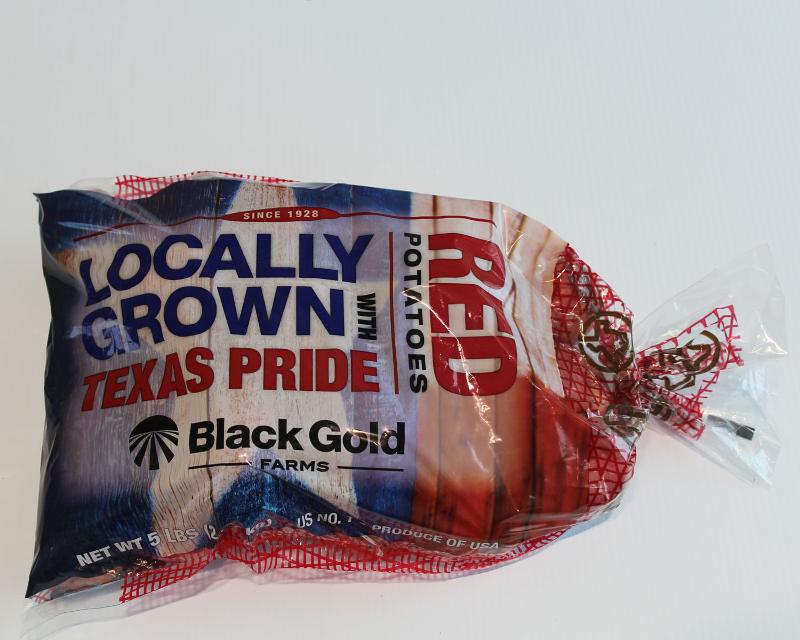 The 2016 crop of Black Gold Farms' Texan Reds are looking great, and are right on track for a record harvest beginning the first week of May, report company officials.

“This is shaping up to be our finest crop of red potatoes yet,” says Jay Yates, farm manager for Black Gold’s Pearsall operation.

Black Gold Farms understands the importance of marketing and merchandising to driving volume and profit growth for its retail customers, and nowhere is this more evident than with Black Gold Farms locally-grown initiatives, officials say.

“Our Texas customers are eager to get their hands on them,” adds Keith Groven, fresh sales manager. “These operators have witnessed the demand that Texas-grown red potatoes can generate, and they know that they can command a premium price for the superior quality we deliver.”

In an October 2015 Harris poll, 67 percent of Americans said it is important to buy locally grown/sourced produce—more than any other food category —and sales of locally-raised produce including red potatoes are increasing rapidly. With this in mind, Black Gold Farms will significantly expand its successful locally-grown program in 2016, with North Carolina being added to a roster that already includes Missouri, Indiana and Texas, plus Minnesota slated to come onboard in 2017.

Black Gold Farms has been growing fresh red potatoes in Pearsall, Texas—about an hour down Interstate 35 from San Antonio—since 2011. However, the 88-year-old, fourth-generation family-owned operation has actually been farming potatoes in Pearsall since 1992 focusing on growing potatoes specifically for potato chips as they gained understanding of how to get the highest quality from the unique growing conditions in the Lone Star State.